The Bitter Tree of Life - Why Torah Study is Hard 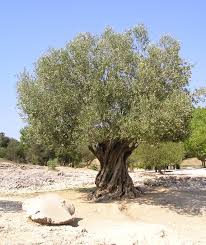 During a recent meeting with a successful educational administrator in the United States, our discussion turned to one of the great challenges in teaching Gemara to day school students. Many American day school students, for lack of a better word, hate Gemara, and I can understand why. The text isn't even in the foreign language they don't really understand (Hebrew). Rather, the Aramaic makes it even more difficult. The classic text has no punctuation, and an internal logic that's quite difficult to grasp. But perhaps, most critically, students just don't connect to the material. In its best, most pristine form, Gemara is abstract, analytic, and esoteric - the opposite of the practical, "what's the bottom line" perspective prevalent among many students today. (I find the same phenomenon in many of my current students, who don't want to be bothered by the process of the development of a halachah, but instead just want to know what it means, or in their words, "what do I have to do"?)
In the end, teaching Gemara boils down to a simple question: how do you teach a difficult, complicated, confusion subject that students generally don't like?
The answer, I believe, is that you force them to study Gemara, just like you force them to study grammar, math, history, English - and every other subject whether they like it or not. And you force them to do it because you believe that's it's good for them, and that the struggle and hard work will ultimately prove worthwhile.
Torah study was never designed to be easy. The Mishnah in Pirkei Avot (6:4) succinctly states:

כך היא דרכה של תורה, פת במלח תאכל ומים במשורה תשתה ועל הארץ תישן וחיי צער תחיה ובתורה אתה עמל, אם אתה עושה כן, (תהלים קכח ב): "אשריך וטוב לך". אשריך בעולם הזה וטוב לך לעולם הבא.
This is the way of the Torah: Bread and salt you shall eat, and drink water in small measure, and sleep on the ground and a life of pain you shall live as you toil in the Torah; if you do this, "Fortunate and good for you" - fortunate for you in this world, and good for you in the World to Come.


Sound enticing? It's interesting that we fail to highlight this point as we educate our children. You're not supposed to enjoy it; Torah study is toil; bread, salt and water. Sleeping on the ground. Truth be told, it doesn't really play that well in today's world. Suffering just doesn't sell today.
But that's the way it works - and has worked - from the very beginning, even before we received the Torah.
Following the euphoria of Kriat Yam Suf, the Jewish people immediately encounter the first of many existential challenges. There's no water, for a very simple reason. God didn't give them any. After traveling for three days without water, they finally locate a spring of water but find the water too bitter for consumption.

This strange story raises a number of fascinating questions: why did God bring them to a bitter well? What was the test, and did the Jewish people pass it? Chazal note that this sojourn at Marah serve as the opportunity for a mini-revelation. Rashi (on verse 25) comments that at Marah God transmitted three mitzvot: Shabbat, the laws of the Red Heifer, and tort law (dinim). The events at Marah were far more than a simple rest stop. Rather, the experience there was meant to set the stage for the Revelation that was soon to come.
Kli Yakkar asks a different, fascinating question: What kind of tree did God show Moshe? Logic would dictate that it was a sweet tree. After all, the best way to sweeten bitter water is with a lot of sugar. Yet, Kli Yakkar notes that the Midrash offers three suggestions for the identity of the tree. Some say that it was an olive tree, some say it was a willow, and Rabbi Shimon bar Yochai said that God showed Moshe a concept from the Torah - the Tree of Life. According to the first two opinions (leaving Rabbi Shimon aside for now), how did the tree sweeten the water? Why would God specifically tell Moshe to use a bitter tree to make the water sweeter? Kli Yakkar explains that in the identity of the tree lies an essential message about the nature of Torah study.

וביאור הענין שהתורה תחילתה מרה ונקראת תושיה שמתשת כוחו של אדם, וחז"ל אמרו (דברים רבה ז ג) למה נמשלה התורה לזית מה זית זה תחילתו מר וסופו מתוק אף דברי תורה כן, והמצוות גם כן לאו ליהנות ניתנו, וכמו שנאמר (שמות יט ג) ותגיד לבני ישראל דברים קשים כגידין, כי חולי הנפש כמו חולי הגוף כי כמו שרוב חולי הגוף דרכם להתרפאות על ידי לקיחת עשבים מרים ואם אין החולה מאמין אל הרופא ימאן לקבלם, כך בחולי הנפשות שהיו חולים על ידי קניית אמונות רעות שקנו במצרים, רצה הקב"ה לרפאותם על ידי קבלת התורה שנמשלה לזית כי ראשיתה מרה כזית
The explanation of this matter lies in the fact that the Torah begins in a bitter fashion, and it is called "weakening", for it weakens the strength of a person. And our Sages said, 'Why is the Torah compared to an olive [tree]? Just as an olive is initially bitter and ultimately sweet, so too are the words of Torah. And the commandments were also not given [to us] for our pleasure, as it is written, "And you shall say to the Children of Israel" - 'words that are hard like sinews'. For sickness of the spirit is like sickness of the body. And just like most physical illnesses are healed by taking bitter herbs - and if the patient has no faith in the doctor, he will refuse to take the medicine - similarly, regarding the sickness of the soul which infected the people through their acquisition of destructive beliefs in Egypt - God wished to heal them through their acceptance of the Torah which is compared to an olive - for [Torah] too is initially bitter like the olive...

When the people saw how a bitter tree could make the water sweet, they would also understand that Torah study and observance - which is hard - quite hard, in fact, is in fact very sweet as well.
Sometimes I feel like we ignore this truth - especially related to the manner in which we raise our children - at our own peril. We try and make life sweet, almost nauseatingly so, and then when they encounter bitterness, in a strict teacher, or a challenging or difficult assignment, or a failing grade - instead of allowing them to taste the bitterness of that water, we sweeten it; by taking their side, or minimizing the suffering, or propping them up artificially.
This is especially true with regard to the study of Torah. It was never meant to be easy, and the easy kind of Torah study is usually the least fulfilling as well. Torah is like a good olive: bitter at first, but sweet in the end, if you're willing to put in the time, toil and sweat necessary to appreciate its unique sweetness.
Posted by Reuven Spolter at 2:14 PM