A Thank You to the Phillipines

By now, we've all read about the terrible typhoon that devastated the Phillipines killing thousands and displacing hundreds of thousands. You've probably also heard about the delegation from Israel that joined a good number of other countries that have sent aid - either in supplies or in personnell, to help the devastated victims of the storm. And, like you, reading about the great work Israelis are doing in the Phillipines gives me a sense of pride. People need help, and we sent our best to help them. That's what we do. But thinking about it for a while, there's an additional aspect of Israel's work in the Phillipines. Here in Israel, many of the people who care for the elderly in Israel are from the Phillipines. It's so common, in fact, that the term for "Home Healthcare Worker" is "Phillipini", as in, "I need to find a philipini for my mother who broke her hip." It's not just that people from the Phillipines need the income and are willing to travel far from their homes to earn a living. That is, of course, true. But, from what I've seen from afar, the Phillipinos who do this kind of work are really good at it. They have the perfect temperment to help elderly people with their basic needs with patience and dignity. 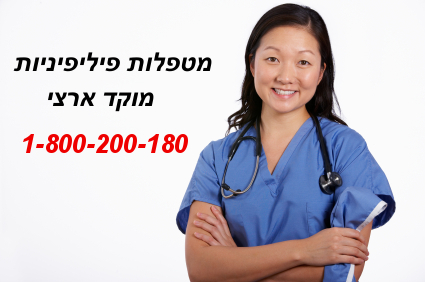 So, as I watch the pictures of the IDF doctors and nurses giving medical care to Phillipino children in need, it's not just an act of Chessed. It's a way, ever so subtly, of saying "Thank you." By taking care of their children, we thank the Philipino people for their devoted care of our parents and grandparents.
עולם חסד יבנה.
Posted by Reuven Spolter at 4:48 PM