The Tuition Crisis 3: A Public-Private Partnership? 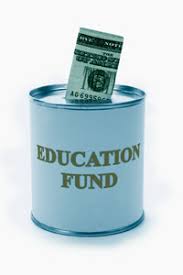 My grandfather, Rabbi Dr. Hyman R. Friedman, ob"m, loved to tell us about his childhood, growing up in Baltimore. Back then, there were no yeshivot, no private schools, certainly not a Jewish school. Who could afford it? (If you haven't heard the recording of my Zayde, you can download it here. Just listening to it again brings tears to my eyes. It's an amazing recording.)
My grandfather said,

"I went to public school. There were no yeshivas at that time...I went to the public elementary school. I had very good teachers; one teacher, Mrs. Bernstein, my father insisted that I had her for fourth, fifth and sixth grade. She had excellent penmanship, and taught everyone to read beautifully. And that gave me my start in...penmanship - safrut. Then went to public junior high school...There I had one fabulous math teacher who inspired me and gave me an excellent mathematics education. For high school I went to the Baltimore City College - which was a high school, and I took three streetcars to get there. That was my secular education. My religious education - I went to a teacher - they used to have teachers who would teach in their own homes. One house of their homes was dedicated to the school. They taught children from four years old straight through until my Bar Mitzvah. He happens to be Jason Rosenblatt's great-grandfather. After Bar Mitzvah I went to a private rebbe for Talmud who was excellent. He was an old man, but he was excellent, and I went to his house. "

My grandfather excelled in Talmud, and when he finished high school he went on to yeshiva in New York at Yeshiva University, after which he dedicated the next fifty years of his life to the rabbinate.
One of the most frustrating aspects of the tuition crisis in the United States is the underlying notion of double taxation. Because private schools must provide not only religious instruction, but also secular instruction as well, parents end up paying twice for their children's secular education: once through property taxes and the public school system, and then again in day school tuition. Even more infuriating is the reality that often the public school system offers wonderful secular education opportunities, with great facilities, dedicated staff and a wide range of advanced courses that a relatively small Jewish private school could never hope to afford.
Back when we lived in Oak Park, one of the great "draws" of our neighborhood was the fact that for whatever reason, we were zoned in the Berkeley School District. Berkeley High School was (and is) well-known for its excellent education, and many non-religious (and even some Orthodox) parents were thrilled that their children had such a high-quality public education institution.
I always wondered: Couldn't there be a way to harness the power of the public school system for the educational needs of at least some of the members of the Orthodox community? I think that there could. It would take focus, political pressure, and a huge dollop of open-mindedness. But it just might be possible.
Could we create a system when students attend religious school during the mornings, and then four days a week, students would attend a public school run by the State. The school would be open and available to any child, regardless of race, religion, etc. The school would be unique in that: (a) the hours would obviously be different (b) the school might focus on requirement, and not electives and (c) it would be academically oriented, focusing on study only, without many of the social activities, clubs, sports programs, found in other public schools.
Writing on his blog, Gary Rosenblatt wrote,

Addressing the North American Jewish Day Schools Leadership Conference here Sunday night, Rachel Abrahams of Avi Chai, a leading supporter of day schools, also emphasized the financial benefits of an approach being used in more and more schools around the country.
“Day school students could potentially enroll” in charter schools “and have parts of their general studies education funded by the government, while their Judaic studies would be offered in a bricks and mortar learning center (perhaps incorporating some online Jewish studies courses as well).

On one hand, we often generally shy away from students so integrated with their non-Jewish peers. The powers of acculturation and outside influence do rightly generate great concern. Then again, many of these same children will one day leave home for the college campus, and be forced to confront these very issues. Could there be a benefit to having them confront them while still living with their parents, who might provide guidance and counsel?
Moreover, this type of solution would never really be mainstream. But it could provide a limited group of parents, who are perhaps considering sending their children to public school anyway, a different, better option.
I know that this isn't Baltimore of the 1930's that my grandfather grew up in. But if we think about it, was assimilation any less of a threat back then? We might very well discover that a great rebbe in the morning, a strong youth group, sports at the JCC and active and involve parents - combined with a quality public education in the afternoon - provide the best and most cost effective Jewish education for many of today's financially strapped parents.
And, if we're really talking about a crisis, all options must be on the table.
Posted by Reuven Spolter at 9:59 AM