Showering over the Upcoming Three Day Yom Tov in Israel 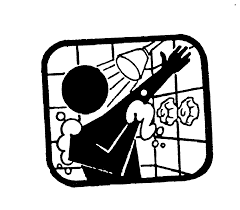 Rafi Goldmeir on his popular Life in Israel blog recently noted some of the reasons why he's not looking forward to the upcoming Three Day Yom Tov.


If you are anything like me, the worst thing about 3-day yomtov is the shower situation.. The next worst thing is probably the food preparation - heating, reheating, cooking, leaving fires on, using timers, etc...

I emailed him wondering why he doesn't shower over Yom Tov, something that I've been doing for a few years now. Truth be told, this isn't a halachah blog, but I feel compelled to write about this, if only to make your Rosh Hashanah and Shabbat Shuvah bearable - at least if you live in Israel. (Yet another reason to make Aliyah!)
There's no reason for me to write a synopsis of the issues of showering on Yom Tov, as many have already done me the favor. Rabbi Howard Jachter has a great piece on the topic, in which he concludes:


Showering and bathing on Yom Tov remains forbidden except for exceptional circumstances.

Fair enough. Except that it's important to note that the matter is subject to significant debate, and while he is stringent, there are more lenient views - which he himself notes.
More importantly, in Israel there's a very important factor which significantly mitigates a strict ruling. Much of the debate surrounds the issue of cooking on Yom Tov, and whether one may heat up water and bathe one's entire body. In Israel the issue is far less pressing halachically, as we have automatic hot water from the "dud shemesh" - the solar panel water heater in every Israeli home. To get a bit technical for a moment, this makes the hot water "toldat hachamah" (heated from the heat of the sun), and not "toldat ha'or" (heated from a fire), which is less significant halachically.
There's another point as well. Stringency in halachah is often laudable, but every chumrah (and yes, I mean every single one) has a price. If your stringent in one area, you're also being lenient in another. That price might be worth paying, but it's also important to be aware of. In this case, if you're stringent about not bathing on Yom Tov, you will, in the words of Rafi Goldmeir, hate it. In our finicky, spoiled modernity, we very, very rarely go two days without showering, much less three. You begin to feel grimy and dirty. Is that Simchat Yom Tov (a Torah commandment)? Is that the way to achieve Oneg Shabbat (also a Torah commandment)? I personally do not feel that it is.
But don't take my word for it. Take Rav Melamed's word for it. He's the author of the very popular and widely accepted set of books called Peninei Halachah. (My favorite part of Peninei Halachah is that you don't have to buy the books - although we just bought the whole set, because the entire work is available on the Internet. I've heard they're now working on an English translation.) Rav Melamed writes:

Due to numerous concerns associated with washing, many have the custom not to bathe on Yom Tov. But in a time of need, one is permitted to bathe in hot water that was warmed before Yom Tov, or in hot water that was heated on Yom Tov with a "dud shemesh" or a Shabbat timer. This is a difference between Shabbat and Yom Tov: for on Shabbat one may wash in lukewarm water, but not in hot water, but on Yom Tov one may bathe in hot water.
Some are strict and hold that the ruling of Yom Tov also applies on Shabbat, and one is forbidden to bathe on Yom Tov in hot water, and [may only do so] in lukewarm water. Some are strict and hold that one is rabinically prohibited from bathing on Shabbat and Yom Tov in either hot or lukewarm water. This is the custom of some Ashkenazim. But in practice, the essential [halachah] follows the opinion of the majority of the poskim who are lenient and allow bathing in hot water on Yom Tov. And, when this issue [of not bathing] causes pain, like on a two day holiday like Rosh Hashanah, or on a Yom Tov adjacent to Shabbat, it is appropriate to follow those who are lenient, in order to honor the holiday and enjoy it.

Posted by Reuven Spolter at 3:48 PM