Excercise as a Torah Value - Updated! 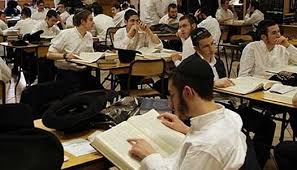 In this post, I lamented the fact that the modern-day yeshiva system completely ignores the need for physical fitness and physical activity, instead encouraging students to spend as much time as humanly possible engaged in the study of Torah. I wrote in favor of living a healthy lifestyle as a Jewish value as well.
As it turns out, it seems that I was more correct than I first thought. Excercise might not be important just as a means to living a healthy life. No, according to the New York Times, regular excercise might also improve your Torah study.
In a piece entitled, Phys Ed: How Excercise Fuels the Brain, the author describes how researchers killed mice who had excercised regularly, to discover that the mice contained additional stores of special brain energy. (You can read the piece yourself. I might have gotten the biology wrong.)
The piece states that,


While a brain with more fuel reserves is potentially a brain that can sustain and direct movement longer, it also “may be a key mechanism underlying exercise-enhanced cognitive function,” says Hideaki Soya, a professor of exercise biochemistry at the University of Tsukuba and senior author of the studies, since supercompensation occurs most strikingly in the parts of the brain that allow us better to think and to remember. As a result, Dr. Soya says, “it is tempting to suggest that increased storage and utility of brain glycogen in the cortex and hippocampus might be involved in the development” of a better, sharper brain.

If that turns out to be true, if you really want to be able to study Torah better, excercise regularly. It will not only give you more energy during the day. It might actually make you smarter too.
Posted by Reuven Spolter at 4:19 PM

Email ThisBlogThis!Share to TwitterShare to FacebookShare to Pinterest
Labels: Judaism and Health, Shabbat, Torah and Science