Why Do People Steal? How Much is your Childrens' Tuition? 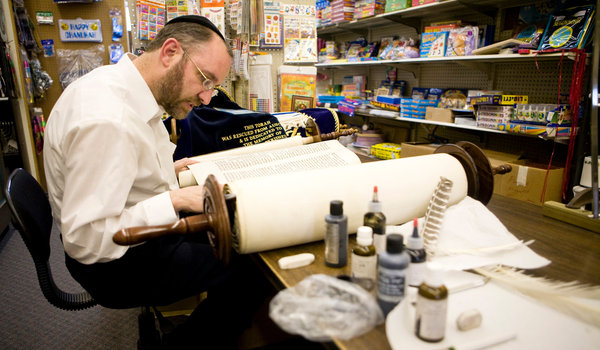 The New York Times this morning reported the sad story of Rabbi Menachem Youlus, who admitted in Federal court that his tales of Torah rescue were little more than imaginary, and that he had funneled the money that he raised to save Holocaust Torahs into personal accounts. Truth be told, no one who read the original news articles should be surprised. The verdict seemed a foregone conclusion. Reading about his lawyer's plea for leniency, I find myself vacillating between an innate sense of compassion - which would warrant a lenient sentence - and a feeling of outrage at both the Chillul Hashem that Rabbi Youlus caused, and the fact that his theft and deceit specifically centered about restoring old Torah scrolls - which makes me want the judge to "throw the book" at him.
And yet, one paragraph from the article struck me.


Rabbi Youlus was also accused of writing $344,000 in checks to himself from the bookstore’s account, charging about $200,000 in personal expenses to a credit card issued to the bookstore and using $90,000 in the bookstore’s money to pay private school tuition for his children and his relatives’ children.

I honestly believe that it started with the tuition. Facing the crushing burden of his kids' tuition bills, he "found a way," and when it worked once and people started giving him money, he was already hooked, and he found himself stealing the money for other things as well. After all, we all know well the Talmudic dictum that the first time one sins, he feels guilty; the second time it's already "permitted," and by the third time, he sees it as a mitzvah. It's not that hard to imagine.
This story to me represents an egregious example of a probably far more widespread phenomenon. How many Torah Jews fudge their taxes with the self-righteous justification that, "Well, I'm not using the public school system, so I should get a break." Necessity truly is the mother of invention, even if all we're inventing are the lies that justify acts of fraud and criminality.
I'm not, by any means, suggesting that most Orthodox Jews are criminals. But I do think that the crushing burden of paying private school tuition is having a devastating impact on the Jewish community in ways that we are only beginning to consider.
As for his punishment, simply sending Rabbi Youlus to sit in jail seems to me to be a waste of his talents. He clearly has the knowledge and skills to preserve and repair damaged Torah scrolls. Instead of throwing him in jail where he'll simply be a burden to the government (which cannot afford incarcerating more people), I suggest to the presiding judge a more creative sentence: He stole money under the "cover" of repairing Torahs. Fit him with an ankle bracelet, give him house arrest for however long seems appropriate, and during that time, sentence him to many, many hours of community service, repairing Torah scrolls of any and all comers - starting with the congregations that he bilked, free of charge.
Posted by Reuven Spolter at 9:30 AM