A New Phenomenon: Four Amot of Space for Rav Addes 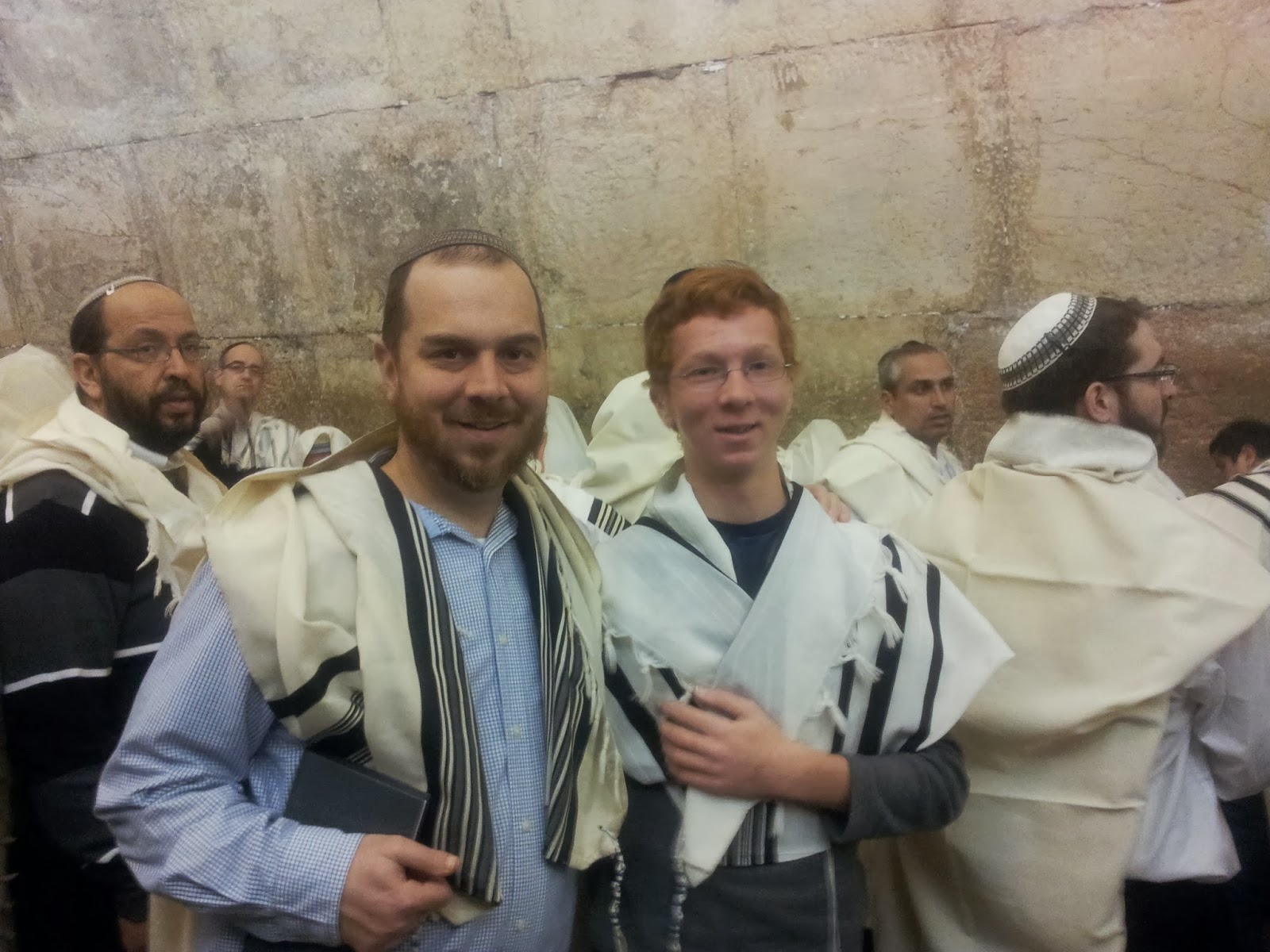 Last Friday, in honor of the upcoming completion of Masechet Yoma, our shul sponsored a trip to the Old City, which included davening at the Kotel, a nice breakfast with a siyyum, and then a visit to the new Machon Hamikdash. It was a great event, and I invited my son Bezalel to skip school and join me. He agreed.
When we arrived at the Kotel, it was pretty cold, so we all headed inside the cave to find a place to daven. I didn't really think about it ahead of time, but it was really crowded. Standing room only. (I guess this makes sense: Rosh Chodesh, Friday morning and Netz all together - why not come to the Kotel.) We weeded our way through the crowds and noticed that there was a nice open space at the end of the cave near the back wall. We head there and began "setting up" - putting on Tefillin, etc.
Then, suddenly, we were accosted by a man who soon identified himself as the gabbai of Rav Addes (who is known as a mekubal), who starting moving our things out of this space. It was reserved. For Rav Addes. The entire space. No one could be within ten feet of him, at a minimum. 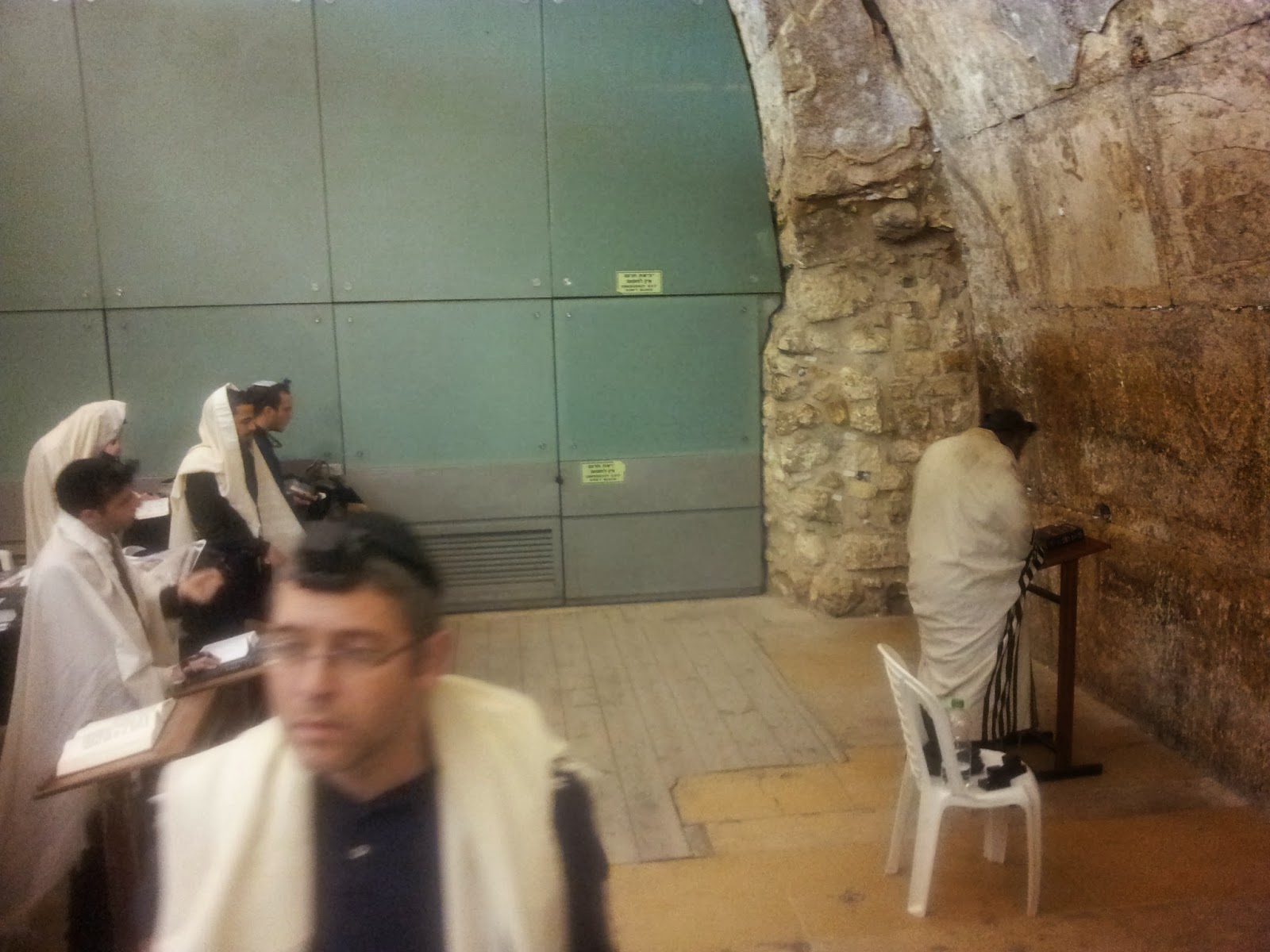 I have never heard of anything like this before. (I subsequently asked some friends who have never heard of anything like it either.) This man was unyielding. He didn't really explain himself, and seemed quite taken aback with the thought that we were impinging on his space. It became clear that Rav Addes needed an open space without anyone around him. It wasn't an issue of whether you agreed with the gabbai or not. This was how it was going to be. He didn't ask. He moved your stuff, your chair, your shtender. It was like there had to be a giant force field around the mekubal. When I asked him to explain, he mentioned something about not interrupting the rav's kavanot. Or something like that. 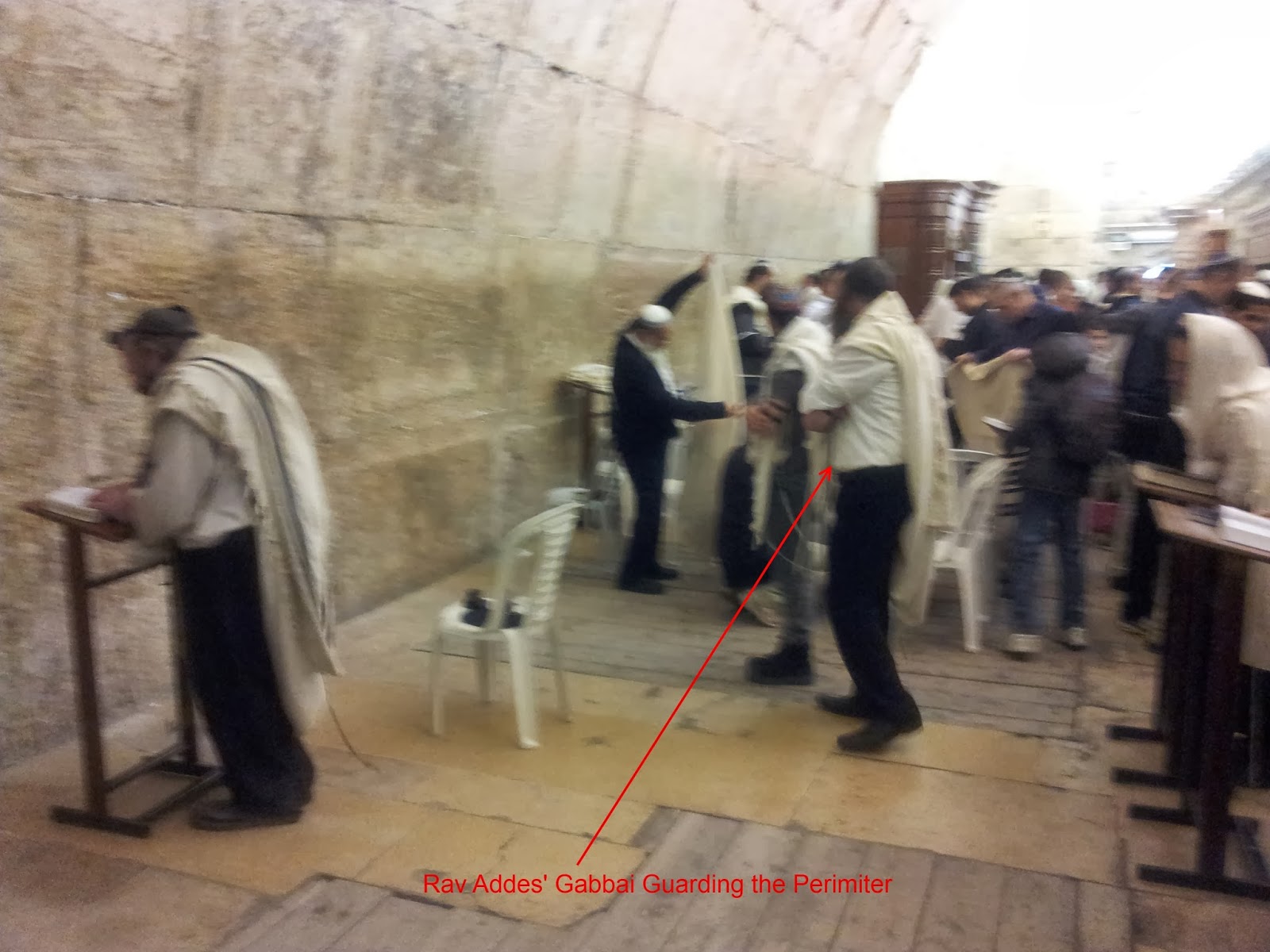 I've really never seen or heard of anything like this before. Have you? Can anyone explain to me why Rav Addes (at least according to his gabbai) needs the area around him clear of anyone else while he's davening?