Halachah as Self Interest 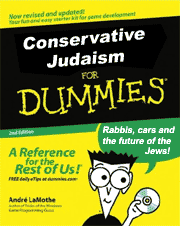 Gary Rosenblatt this week writes about the increasing numbers of shul rabbis who find themselves scrambling for jobs, especially as they grow older. While stating that, "The Orthodox community does not appear to be experiencing a decline" (which might be true, but rabbis are remaining in their positions longer, not freeing up positions for new rabbis), he focuses on Conservative and Reform synagogues, whose ranks are thinning dramatically through shul mergers, rabbinic downsizing, and the elimination of positions. Yet, the money quote that really caught my attention, focusing on the Conservative community, came at the end from Rabbi Stephen Listfield, who is serving this year as interim rabbi at a Conservative congregation in Massapequa, L.I.

“We should be looking within to see where we might be falling short in this precipitous decline, and asking ourselves, ‘do we have anything to say to people? If people who lead busy lives are going to come to a three-hour service in Hebrew at the same synagogue every Shabbat, they need to hear a message beyond ‘be a mensch,’” he said. “They need to hear that our laws come from God or that we are part of a 4,000-year tradition that has stood the test of time by demanding that people think for themselves and improve themselves.

I find it fascinating that a rabbi sees the decline in rabbinic jobs to have emanated from articulating a proper message. It may very well be that rabbis long refused to take strong halachic positions for fear of alienating people and losing members. Yet, this challenge is not unique to the Conservative movement.
I remember early in my rabbinate in Michigan when I gave a fiery speech about how coeducation was not halachic, nor Modern Orthodox. That didn't really go over very well, as my Chairman of the Board sat me down to explain that I wasn't acting judiciously, and the fact that I might be right doesn't mean that I should always express my opinion on a particular subject. He was right in a way; I didn't say everything I thought. But I also wasn't particularly well-known for my restraint. I usually called it like I saw it, and I'm sure paid a price for it in shul membership and support.
Every rabbi struggles to find that proper balance between taking strong stands on issues, and taking such a strong stand that you're out of a job. It's not an easy line to toe. At the same time, at least we have our red lines. Halachah stands for something, and Orthodoxy by definition binds us to certain positions.
Not so in Conservative Judaism.
In the Conservative movement, where you can find or create a leniency for most anything, rabbis took the easier road and told people what they wanted to hear. Perhaps now they'll take a more conservative position (pun mine) - if for no other reason than their own self-preservation.
Posted by Reuven Spolter at 6:16 PM