A siyyum - the celebration of the conclusion of a major Jewish work - be it a Mesechet (tractate) of Gemara, or a Seder (order) of Mishnah or even a book of the Tanach - is a momentous occasions. Finishing these extended works takes a great amount of time, effort and energy, and provide great reason for celebration. In fact, the Sages provided a traditional text that we recite at every siyyum. As part of that text we say:


In the text, we never really spell out who "they" are. We give thanks that we are among the portions of those who understand and appreciate the value and holiness of Torah study. But the identity of "them" - who toil worthlessly, is left to our imagination.
Until now, that is.


I didn't go to the "Million Man" Asifah (gathering) - and it wasn't a million, but who's counting? And even though they claimed that it wouldn't be a political gathering but rather simply a mass, public prayer, the gathering itself carried clear political overtones. Thankfully, it went off without a hitch. People went, prayed, and returned to their homes safely.
I've tried to keep away from the press surrounding the event. It really upsets me, and what's the point of reading things that upset you? Then someone shared with me what they're calling the "official" video from the "Asifah", put to a pseudo-rocky chassidish tune with words taken from the text we recite at a Siyyum.
Who are the "we" who sit in the Beit Midrash? The holy "we" are yeshiva bachurim, kollel students, rabbis and basically anyone at the gathering, who took time from their yeshiva schedules to leave the Beit Midrash and gather at the mass rally for yeshiva students.
And who are the "they" who do "wasteful things and are "sitting on street corners"?
"They" are the soldiers of Nachal Chariedi. 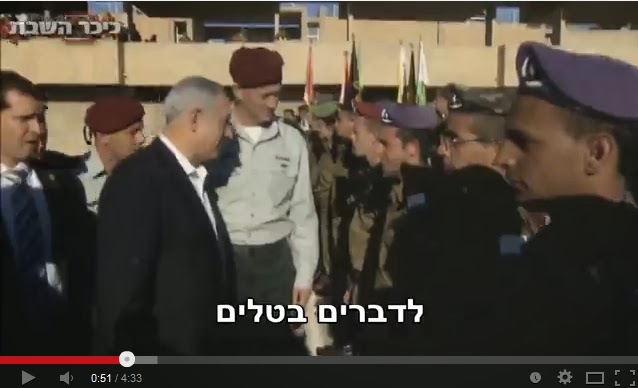 "They" are random soldiers who happened to walk through the gathering and were caught on camera. 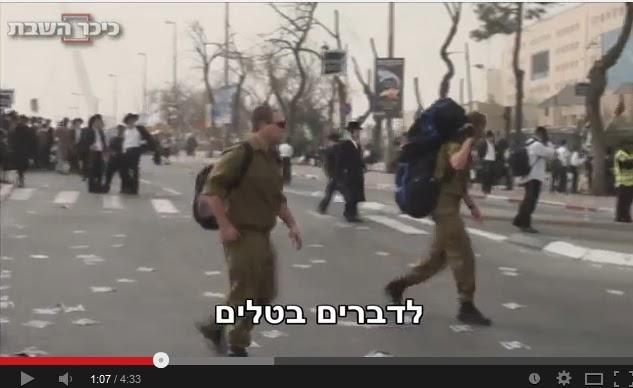 "They" were the policemen assigned to protect the very safety of the hundreds of thousands of people who gathered at the entrance to Jerusalem! 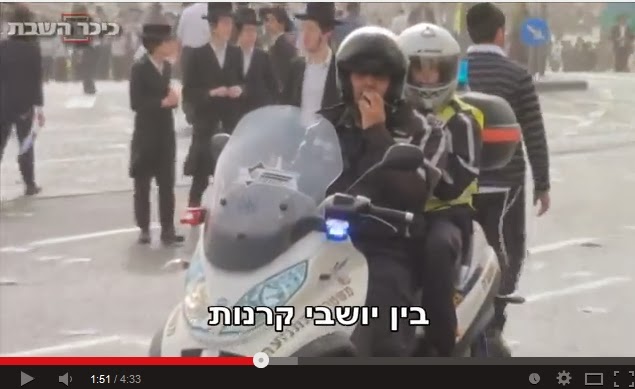 "They" are Yair Lapid (of course).
And "they" are also Prime Minister Netanyahu, speaking to the United Nations about the threat of a nuclear Iran. 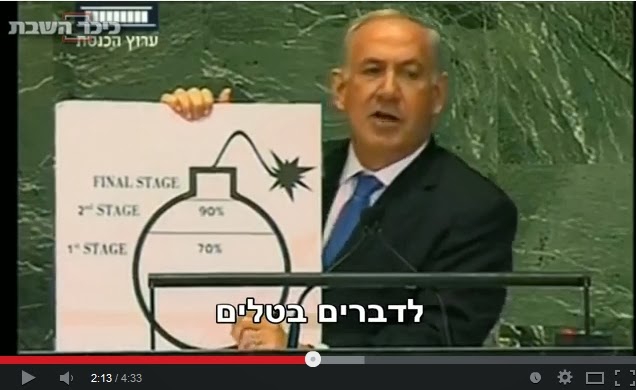 I am very rarely at a loss for words (if you know me personally, you know just how true that statement is), but I am at a loss for words.
Is there no sense of decency? Is there no appreciation at all for the sacrifice of the young men and women in the IDF and the police personnel manning their rally? You may be angry at that Prime Minister of Israel, but do you really think that he's wasting his time dealing with the Iranian nuclear threat? Most disturbingly, these are Torah values? This is what you learn when you spend your days studying Torah??
Moreover, I don't buy the argument that this video was produced by one crazy individual or a single group. It was published by a major Chareidi website. If the video doesn't reflect the values of the larger group, why would the site publish it? Wouldn't their be an outcry from the Chareidi camp? Sadly, I have yet to hear such voices.

Sometimes the obvious must be stated clearly and emphatically: No, these are not Torah values. It is a reprehensible display of hypocrisy, cynicism and selfishness to identify those who defend you, your country, your safety and your interests as people who waste their time away on the street corners.
The producers of this video can't see any of this. They can spend hours cutting and pasting and creating this video, uploading to the Internet (which is supposedly forbidden), to take a nasty swipe at anyone they dislike or with whom they disagree.
Of course I value Torah study. It is an exalted enterprise that I engage in daily; support and encourage. I spent years of my life studying Torah full time. But defending our Homeland is also  a Mitzvah - a critical one at that - and is precisely what made the Chareidi renaissance possible in the first place.
The failure of the Chareidi community to see this fact only highlights the great chasm that they have created between themselves and the rest of Israeli society and the Jewish community at large. Perhaps they do this by design - to create a sense of enmity that will distance themselves from greater Israel. I can only hope so.
How should we respond? In two ways: First and foremost, we must continue to forcefully advocate the religious significance of serving others and serving our country, and the fact that we must give thanks to God for living in this incredible time when the Jewish people proudly and forcefully defend and protect ourselves.
But there must be a negative statement as well. It's now two weeks before Purim, a time when bochurim from yeshivot will begin knocking on my (and your) door. When they do, I will ask them a simple question: Were you at the "asifah"? If the answer is yes, then I have no intention, incentive or desire to give them any donation at all. Maybe, if enough of us stop giving, that will get someone's attention.
Posted by Reuven Spolter at 7:38 PM