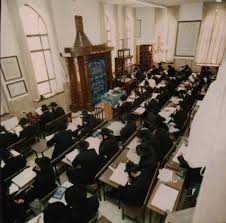 As you can imagine, the debate over whether Kollel students should receive government funding is a rather hot-button issue here in Israel. Most Israelis see Chareidim as leeches on society, who refuse to pay taxes or serve in the army, but happily utilize government services and benefits. It's a caricature, but not without some basis.
Despite Yediot Achronot's hysterical attempts to convince the Israeli public that most Chareidim agree with them, I think that most Chareidim take the diametrically opposite view, which is best articulated in a comment that I found on Ynet (Hebrew site) to an article about the issue. (I didn't read them all of the comments, but at the time it was comment number 600. It's a controversial topic.)

אנחנו האברכים שומרים על המדינה בכך שאנו לומדים ומתפללים לבורא עולם יום יום ולילה לילה. לא כמו ה"סטודנטים" שכל היום רק מבלים וכאילו "לומדים".
לכו תעשו דברים מועילים לעם ישראל ותלמדו את מה שבאמת צריך ללמוד.
מגיע לנו ואפילו יותר! אנחנו אל על המדינה! אנחנו בצבא הקב"ה שומרים עליכם הסטודנטים. תעריכו את זה ותבינו שזה הדבר החשוב ביותר.
Translation:
We the Kollel students guard the state in that we study and pray to the Creator of the World day and night. Not like the "students" who waste their time and supposedly "study".
Go do beneficial things for the Nation of Israel and learn what one is really supposed to study.
We deserve [this stipend] and even more! We are for and above the state. We are the army of the Holy One blessed be He, guarding over you students. Value this and understand that this is the most important thing.

I'm confident that this represents an accurate articulation of Chareidi mentality. To their understanding, they're not leeches. They're on the front lines of Israel's protection, and the very least that the State can do is provide the minimum support they need to survive.
Discussing this with a friend, he had the following reaction. Give them their stipends, but require every kollel student who receives monetary support to sign a contract agreeing to transfer his שכר - his spiritual reward for his Torah learning - over to the State of Israel. After all, if the State is paying for the learning, shouldn't its citizens at least reap the spiritual reward? He wonder whether they'd agree to sign such a contract. (I think that they would.)
I have another, more troubling reaction. The legislation as proposed, would only provide stipends to kollel students with three or more children whose wife doesn't work. We're really only talking about an extra 1,000 shekel. It's simply not possible for anyone to live on that amount of money, so demanding that wives not work is simply an invitation for more fraud and dishonesty. If the government doesn't want to give Kollel fellows money, then it shouldn't give them the money. But if we're going to give the kollel guys stipends to learn, we shouldn't do it in a manner that will force them to lie to continue learning.
To do so would only perpetuates the stereotypes and derisiveness so prevalent in Israeli society today.
Posted by Reuven Spolter at 1:02 PM