Thoughts about Synagogue Life: What Can We Copy? 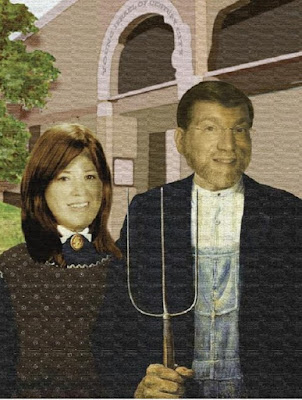 I always subscribed to the attitude of, "why make up my own stuff, when I can copy other peoples' success?" This began in earnest after attending the National Council of Young Israel's rabbinic convention, early in my career, and listening to a talk by Rabbi Elazar Muskin, of the Young Israel of Century City. His talk focused on the programming that he ran in his shul, which back then was far less sophisticated than it is today. (I'd say that others have started copying him, but he does it best.) He shared an invitation that he sent out for a High Holiday speakers' series, in which he would invite local speakers from his community to speak during Elul, leading up to the High Holidays. Moreover, he had a graphic designer create an invitation, which gave the event a special feeling that encouraged attendance and participation.
It was a great idea. The local speakers usually were happy to participate, did not cost me a lot of money, and the program - which I ran from that year until I left Michigan, was always something that members looked forward to, gave them a sense of the upcoming yamim nora'im, and actually built to the Shabbat Shuvah drashah and Yom Kippur. (You can see some of the programs that I ran here.)
Rabbi Muskin has built the idea into a yearly, full-color multi-page glossy guide that's achieved a high level of notoriety. Truth be told, as a rabbi I always viewed his production (and others) as far beyond my reach. I didn't have the membership, or money to create such elaborate materials. (Although one could argue that I lacked the vision.)
But his guide is a must-see for anyone involved in creating community programming, for the very simple reason that there's no reason not to copy his great ideas. Many of the programs that work in L.A. could easily work locally in other communities for less money, or perhaps even no money, given volunteers, creativity, and open-mindedness.
Sure, if you read the guide you might think that it's beyond the reach of your shul to do something that sophisticated. You might even think that it's over the top and unnecessary, or even inappropriate for your community.
But you should also be looking at it asking yourself, "What can I copy?" After all, there's no need to reinvent the wheel.

Posted by Reuven Spolter at 8:42 AM