Can You Study for a Test After You've Already Taken It? 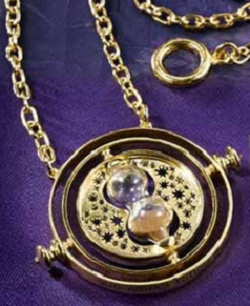 It's happened to everyone at some point in their lives: you wake up in the morning only to realize that you forgot to study for an important exam. Or, even worse, you get to class and only then realize that you forgot about the test. No time to cram. The test in on - and without having studied, you're sure to fail. Right?
Not so fast. Maybe you can study after the test.
After the test? How can that help? You've already taken the exam, so what good would studying afterward do? It seems that a very prominent psychologist has discovered that studying after a test really can make a difference. A NY Times article today (mostly about how scientists can't stand or accept things they cannot easily explain) describes the soon-to-be-published paper by Dr. Daryl J. Bem, an emeritus professor at Cornell on the subject of ESP. Among the experiments he conducted,

Dr. Bem gave 100 college students a memory test before they did the categorizing — and found they were significantly more likely to remember words that they practiced later. “The results show that practicing a set of words after the recall test does, in fact, reach back in time to facilitate the recall of those words,” the paper concludes.

So, if after the test you go back and study better, there's some indication that you'll perform better than you would have otherwise.
In Jewish terms, the article reminds me of the Jewish concept of Teshuvah. According to some views of repentance, when one repents completely he not only changes his life moving forward, but actually has the power to erase events and behaviors in his past. It also reminds me of how Rav Kook (in the limited writings of his that I've read) describes the Jewish people. He described the Jewish nation as a single entity spanning not only space, but also time - a single organism united together with a single spirit.
Perhaps these new experiments will help us understand that while we live in time as a linear process, things are far more complicated than they seem, and events unfolding today effect, and are affected by not only by events that happened long ago, but also by events that have yet to occur.
Wrap your mind around that one.

Email ThisBlogThis!Share to TwitterShare to FacebookShare to Pinterest
Labels: Musings