The Tzedakah App I'm Not Going to Design. But Someone Should. 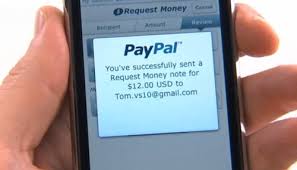 Yesterday, two events took place in close proximity that got me thinking. I've often got "great" ideas, but usually don't do anything about them. At least I'm sharing this one.
I got a call at Orot about placing an advertisement in the paper. We work with a media company in Israel, and I needed a picture of a specific teacher at the school. So I fired up my Picasa software (the free photo software that you can download from Google), and it quickly showed me every picture of this instructor that I had stored on my computer. Apparently, facial analysis software is so commonplace that they now give it away for free. Turns out that I didn't have a good picture to use, but I also didn't spend hours searching my files to find that out.
That evening, a quiet knock on the door announced a pair of tzedakah collectors, who told me that they were collecting money for the niece of one of them (the other just came along to "help out"), and handed me a four-page full-color flier calling for donations on behalf of a poor, cancer-stricken young girl (her eyes covered for privacy), complete with rabbinic approvals and a toll-free number for credit card donations on the back. I was, to say the least, skeptical.
"Do you have any identification that would connect you to this girl?" No.
"Do you have any personal letters of recommendation so that I know that you're actually telling me the truth?" No.
I told them that while I was very sorry, experience had taught me to wonder whether they found the fliers in some shul, and saw a great opportunity to make some money. Without any corroborating documentation, I didn't feel comfortable giving them money.
Funny thing is, they were quite nice and reasonable, and didn't really make a fuss. They thanked me, and moved on to the next house. They encouraged me to call the phone number and donate over the phone. (I called to try and check into the identification of the "uncle." They took my name and number and promised to call me back. I'm still waiting.) In truth, I'm still not sure whether they were telling me the truth. There's really no way to know - both who they were, and whether they really did represent an actual need.
But then I realized, that there is. Or there should be.
In most cities in America, when someone arrives to collect for tzedakah, his first stop is the office where he gets his local tzedakah I.D. He undergoes some type of background check and receives a document attesting both to his identity and the cause for which he's collecting. It might be himself or his eighth daughter's wedding, and it might be a fund or a kollel. In Detroit, it was commonly accepted to withhold donations from an individual collecting without such a document.
In Israel, that system has yet to exist. But the American system also contains a number of inefficiencies. Each city must do its own checking, adding toil and expense both to the collector and to the local representative. What if there were a central database of meshulachim, which could be instantly accessed from around the globe? Moreover - and even more importantly, could there also be a database of individuals known to have falsified information to collect money?
I hope you see where I'm going.
Imagine a smartphone app in which you simply snap a picture with your phone of the person standing at your door. Using readily available face-identification technology, the database would then search for the person's identity, and also tell you who he was collecting for (if he's on the database). In addition, people could also submit photos to the database for research and corroboration, and report suspicious behavior.
With such an app, there's no longer any need for local identification and also no way to game the system as your face is your ID. You can't fake your face (unless you've got a really good makeup artist, ala Mission Impossible) and you can't escape your past. And, if you truly represent a worthy cause, a positive ID will enable you to collect more easily and safely.
There's a possible added benefit to this system as well. Imagine that a meshulach knocks on my door collecting for his kollel. I snap his picture in my Android Meshulachim app, and learn his name, the name of the kollel, and some background information about the institution. I'd like to donate. Meshulachm face major challenges both carrying far too much cash (making them obvious victims of theft), and being forced to pay heavy fees to cash checks, combine checks - basically to collect the money they've actually collected. What if I could, in the app, donate to the kollel automatically through an online payment system. I donate an amount and he immediately receives an email informing him of my donation. He's not carrying cash. He's not paying an exorbitant percentage to his driver. And when he gets back to Israel (which is almost always where he's from), he can simply access his money from his online account.
I've been mulling this idea in my head and I think it's got a lot of potential. If you see holes, please share. If not, this seems like a great potential use for technology to make life easier for everyone: for people wishing to give tzedakah and feel good about the donation; for local authorities often overwhelmed by the demands of meshulachim; and even for the honest collectors looking for a way to build trust and collect more simply.
I think it's a pretty interesting idea for an App, and I know that I'll never do anything about this idea. But maybe someone should.