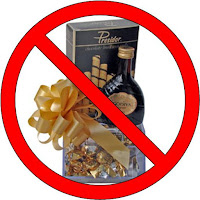 Slogans have a great way of influencing our decisions in life. Hallmark, for example, has ridden the slogan, “When You Care Enough to Send the Very Best” all the way to the bank for more than six decades. Simply put, it tells us, “Sure, get the cheaper card. That’s OK. It’s only your anniversary, and your wife really isn’t worth the extra 75 cents for the good paper.” So we give in and get the Hallmark card because, after all, isn’t our loved one worth it?

The same should be said for Shalach Manos. Yes, with Purim right around the corner, our minds turn to baskets of food, piled on the dining room table, awaiting delivery. Why do we put ourselves through this ordeal each year? Quite simply, it’s a mitzvah. The megillah tells us that following the Jews’ miraculous salvation, they designated the fourteenth day of Adar as a day of “holiday and celebration.” To that end, the people took upon themselves the obligation of mishloach manos -- sending portions [of food],” ish l're'ehu — “each man to his fellow man.”

As one of the mitzvos of Purim, we send “portions of food to our fellow man.” It’s a wonderful, fun, enjoyable mitzvah. That being said, what’s a portion? How much should I give? How many people should I give to? Should I give anything in particular? Finally, what’s the underlying reason for the mitzvah of giving food to my fellow man on Purim?

Rabbi Yosef Caro answers several of these questions in the Shulchan Aruch, writing (Orech Chayim 695:4) “One is obligated to send to his friend two portions of meat, or of two types of food … and the more one sends to acquaintances, the better.” So, at a bare minimum, one must send two foods to at least one friend. Should I wish to give more food to more people, more power to me! In addition, Rabbi Moshe Isserles (the Rama) adds that we should be careful to give the food during the day of Purim, and not at night or on any other day.

But what about our last question? Why do we give shalach manos? What’s the purpose of giving food to my friends on Purim? The sources give us two possible answers that have important ramifications for the way we keep this mitzvah. The author of the Terumat Hadeshen (Rav Yisrael Isserlin – who lived in 15th century Germany) writes that we give food to our friends to ensure that every Jewish family has sufficient supplies to prepare an abundant, joyous and appropriate Purim meal. On the other hand, the author of the work Manos Halevi writes that we give shalach manos to increase peace and friendship on Purim. On the very day that Haman tried to destroy us because in his words we were a “scattered and divided nation,” we do what we can to unite together in friendship and brotherhood.

I know what you’re thinking. “Very nice, rabbi – a wonderful halachic discussion. But what does that have to do with the real world? Who cares why we give shalach manos? According to both, we still have to give food to our friends?” While that’s true, there’s also a great difference between the two opinions that has great, practical ramifications in the real world. Let me give you one small example:

Imagine that I have a friend, “Bill Gates.” Sadly, “Bill” hasn’t found much success in the business world, and truly lives from hand to mouth. When he sends me a beautiful shalach manos basket with a wonderful bucket of fried chicken, I can’t help but think, “What does he have to eat at his own Purim suedah?” I just cannot accept such an expensive basket from a person who can ill-afford it. So I send his children back home with their basket and my good wishes. Has “Bill” fulfilled his obligation to send Shalach manos? While he did send them to me, I never accepted or used them. The Rema, following the logic of the “Manos Halevi” writes that “Bill,” in extended himself to me in friendship, has indeed fulfilled the mitzvah, and does not need to send food to someone else. The Chasam Sofer, following the position of the Terumas Hadeshen, disagrees. While “Bill” sent the package, because I did not accept it and could never have used it for my Purim meal, “Bill” never fulfilled his obligation of shalach manos.

Let’s get slightly more practical. (I have no plans to send a Purim Parcel to “Bill Gates.”) What about the types of food we send on Purim? If we follow the logic of the Terumas Hadeshen and we give shalach manos in order to provide food for the Purim meal, what about the type of food that we give? What kind of food should we give as shalach manos?

Logically, our list would comprise foods that one could eat at a Purim meal, and would include: meat, kugel, salads, bread, challah, and even cake. (Just look at the Shulchan Aruch’s first suggestion: two pieces of meat -- yum!) It would not include gummy bears, fruit rollups, candy corns, popcorn, potato chips, peanut butter cups, etc. Clearly, our minhag of giving junk food on Purim fulfills only the second reason for shalach manos – to establish friendship and goodwill – and not the first reason, to give food for the Purim meal.

Why do we do it? I think that we send packaged food for a combination of two logical reasons: first and foremost, everyone is busy, running from shul to carpool to work to a shiur. We can barely breathe, much less cook and bake for shalach manos. In addition, we give to too many people. How many of us have thirty, forty, fifty or more Purim baskets to give out? There’s no way to give a meaningful package to that many people. So, forced to choose between quality and quantity, we choose quantity, sending an enormous amount of junk food to a great number of people.

Let’s look at this issue from a different, perhaps even more important perspective. The Center for Disease Control and Prevention recently published statistics of child obesity in America, and the results should scare us all. In 1965, approximately 4.2 percent of all American children between the ages of six and eleven were obese. That number dropped to 4 percent in 1974 and rose moderately by 1980 to 6.5 percent. Yet, by the year 2000, the percentage of obese children skyrocketed to 16.5 percent. Let us not think that as Orthodox Jews we’re immune. Our children, saddled with a dual curriculum, spend more time in class, and less time in physical education than the average American child. We teach them at an early age to expect candy during shul and cake at the end. One look at our children reveals the painfully obvious: they’re not immune. Are they’re not the only ones eating all that junk food.

After Purim, what does your dining room table look like? Last year we ended up sorting our loot into “baked goods,” “snack food,” “milchig candy” and “pareve candy.” Moreover, with Pesach only a month after Purim, we race to finish what should last several months in two weeks! It’s not healthy for us, our children or our community.

What’s the solution? Give real food! Every Purim, my brother used to make a well-stacked deli sandwich and Buffalo wings, and give shalach manos to two people. (His friends competed vigorously to get onto his very short shalach manos list.) Every household has a family specialty – a food that it’s known for, be it a kugel, a soup or a challah. So make two of your specialty foods, and give a nice portion of each to a few close friends.

What about everyone else? How do I send Purim wishes to my circle of friends, which can be a large number of people? I can’t make my lentil salad for that many people? Don’t. Yad Ezra sells Purim cards. The WOL has a wonderful Purim basket. Hadassah sells tribute cards. Instead of reaching out to friends on Purim by spending money on junk food that no one really needs, use that money to buy a shalach manos cards from Yad Ezra for your friends, and give real food to people who really do need it.

This year, when making up your Shalach Manos, make it a gift fit for the Purim meal. Try and stay away from the junk food, because on Purim, just like greeting cards, “when you care enough – give the very best.”

And, have a happy, healthy, safe and joyous Purim!
Posted by Reuven Spolter at 10:54 PM No comments: