Avraham is included in the decision to destroy Sodom because he will instruct his descendants to be people of Tzedaka and Mishpat. Yet, these two values can often contradict, especially in the lives of Avraham and the people of Sodom - and in our lives as well.

Posted by Reuven Spolter at 6:20 PM No comments:


The attached video, currently making the rounds of Facebook, features Rav Uri Sharki, a well-known Religious Zionist rabbi, essentially ridiculing the idea that prayer and Torah study are the appropriate response to the current wave of terrorist attacks plaguing Israel. Instead, he suggests learning how to fight properly, and the Israeli government imposing its will on those who would do us harm. Is Rav Sharki correct? What is the role of faith in difficult times? In the shiur, we look at two episodes where Avram chose action over faith, and how different commentaries interpret and criticize Avram's actions.

Posted by Reuven Spolter at 12:25 PM No comments: 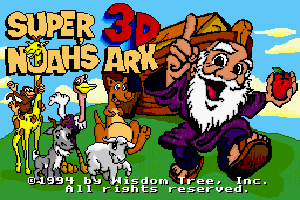 The prohibition against murder, one the seven Mitzvot commanded of all humanity, has been on our minds here in Israel in recent weeks. The Torah specifically connects the commandment to the notion that we are all created "Bzelem Elokim" - in God's image. This week, we discuss whether there was a moral and legal code before the time of Noach, and how we can cope and grow during such a challenging time.

Posted by Reuven Spolter at 5:55 PM No comments:

Our Enemies Give Us Strength

Don’t let anyone fool you.

Things are not "business as usual." Times are very tense across the country, as people struggle to commute to work all the while looking over their shoulder, wondering whether – and from where – the next attack will come.

Our children returned to school (away from home) this past Sunday, which required that they travel through busy public areas. Every parent breathes a sigh of relief when each child sends that text that they've arrived and all is well.

A few things to remember: Despite all of the suffering, the bravery and strength of the Israeli people amaze me. When I watch the videos of the attacks or immediate aftermath (and these videos are all over the internet), I'm struck at how not only police, but ordinary citizens run towards the attacker. There's a strong realization that we're all in this together. The victim is a friend, neighbor, cousin, cousin of a cousin. Every victim is family, and we're all called to fight.

Secondly, I believe that it's useful to keep things in proportion and remember the terrible scale of the last wave of attacks that took place fourteen years ago. Today, due to incredible work of the security services, combined with tremendous Yad Hashem, what were once brutal attacks with many casualties are now far, far less damaging. This doesn't minimize the suffering of the victims of terror in any way. But it's important to recognize this fact and give thanks that things are what they are.

What our enemies never seem to realize is that waves of terror only serve to strengthen the resolve of the Jewish people. They serve to unite us and bind us together. We are at our weakest during long periods of quiet. We begin to bicker about politics and back-room deals and inter-religious squabbles and budget battles. We quickly forget our common goals, and attack those closest to us for the smallest slight. These waves of attacks help hammer home the obvious reality that history never changes: The enemies of Israel don't care if you're a "settler" from Har Brachah or a secular Jew from Afula or a Hareidi from Yerushalayim; they're trying to kill Jews, for no reason other than that. What other reason would there be?

Moreover, for every victim of a terrorist act, many hundreds of thousands more gain strength and a sense of connection to Am Yisrael and Eretz Yisrael. Precisely because it's a frightening time, everyday acts carry greater meaning and impact. A visit to the grocery store becomes an act of patriotism, as does a bus trip to school and dinner with friends in a restaurant. Every act of sacrifice – and sometimes that's as simple as commuting home –strengthens the faith and resolve of each citizen who refuses to stay home and carries on as if everything was normal. Even when it is not.

One day – tomorrow, in a week, a month – whenever it is, this Wave of Terror will end. And, as always, our enemies will have exacted a terrible toll. But they will also have made us a stronger, more resilient, more faithful, more interconnected Am Yisrael in the process.
Posted by Reuven Spolter at 5:31 PM No comments: