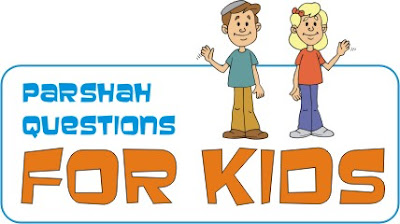 This week I've changed the format a bit, and the parshah questions are all on the first aliyah of the Parshah, and also on the Rashis on that piece, so you can do the questions out of the chumash.

The appearance of such similar language in such close proximity is striking. Clearly Moshe places great emphasis on "the place", so much so that if forms a central them in Parshat Re'eh.
What is this unnamed place that Moshe repeatedly refers to in the Torah? Midrash Sifrei (on Devarim 72:5) answers based on the rest of the verse: לשכנו תדרשו ובאת שמה -- “unto His habitation shall you seek.” You seek and find, and then the prophet will tell you. This is what we find with King David [who sought out the Temple Mount in Jerusalem]. And how do we know that he followed the instructions of the prophet? As it is written, '[The prophet] Gad came to David on that day and said to him, Go up, build an altar unto the LORD in the threshing-floor of Araunah the Jebusite,' the location of the Temple Mount in Jerusalem today.,
It's fascinating to me that in the tradition of the Midrash, Yerushalayim is not something that God chooses unilaterally and we accept. If He had done so, it would have been fine with us. But that's not the case. It must be a place "that we seek" together with God. It's not a one-way street. It's a partnership between God and the Jewish people. Sure, he shows us the place, but we must seek it, build it and establish it as His holy city.
Posted by Reuven Spolter at 10:27 AM No comments:

Here's this week's installment of Parshah Questions for Kids. Just as an aside, I started asking my kids parshah questions about a year ago, giving them jelly beans (my personal favorites are Jelly Bellies) when they'd get a question right. It turned into an immediate ritual, with Jelly Bellies flying all over the dining room, but with the parshah as an integral part of our Shabbat table. Right after we finish the challah, my kids are already shouting, "Questions! Questions!" Even if you don't give the kids the sheets to fill out before Shabbat, feel free to use the questions (with or without answers) as a great tool at the Shabbat table.

Table Talk for Eikev - And Some "Last Minute" Aliyah Stories

During these slow summer months, I find it very hard to review the parshah with my children, and when we come to the table, because they don't have school, they don't know what's in the parshah. So, I made up a parshah sheet for them, which, if all goes well, will be an ongoing feature here on the blog. Feel free to tell your friends!

Posted by Reuven Spolter at 9:50 AM No comments: