While technically Jerusalem is a united city, do we think that it is truly united? While technically Har Habayit is in our hands, is it really? If not, what do we need to do to change the situation?

Click to play the Shiur (or right-click to download)
Posted by Reuven Spolter at 11:56 AM No comments: 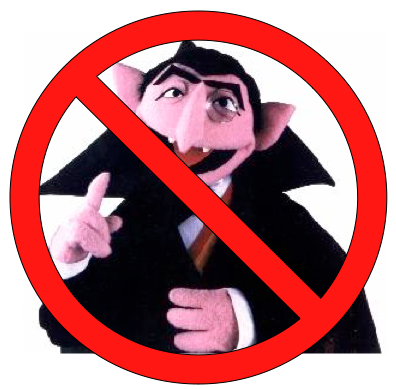 Chazal teach us that if we want true blessings, then the best course of action is not to count them. Why then does the God spend so much time counting us?

Click to play the Shiur (or right-click to download)
Posted by Reuven Spolter at 11:28 AM No comments:

By carefully analyzing the text of the tochecha - which we often gloss over - we can see the steps of sin which lead to destruction, and give us a clear sense of what sins lead to the devastating punishments in the Torah. Source sheet here.

Click to play the Shiur (or right-click to download)
Posted by Reuven Spolter at 10:36 AM No comments:

Perusing the pre-Shabbat edition of Mekor Rishon last Friday, I noticed an interesting piece at the bottom of the front page of the paper, announcing an upcoming concert of the Maccabeats, which took place this week. 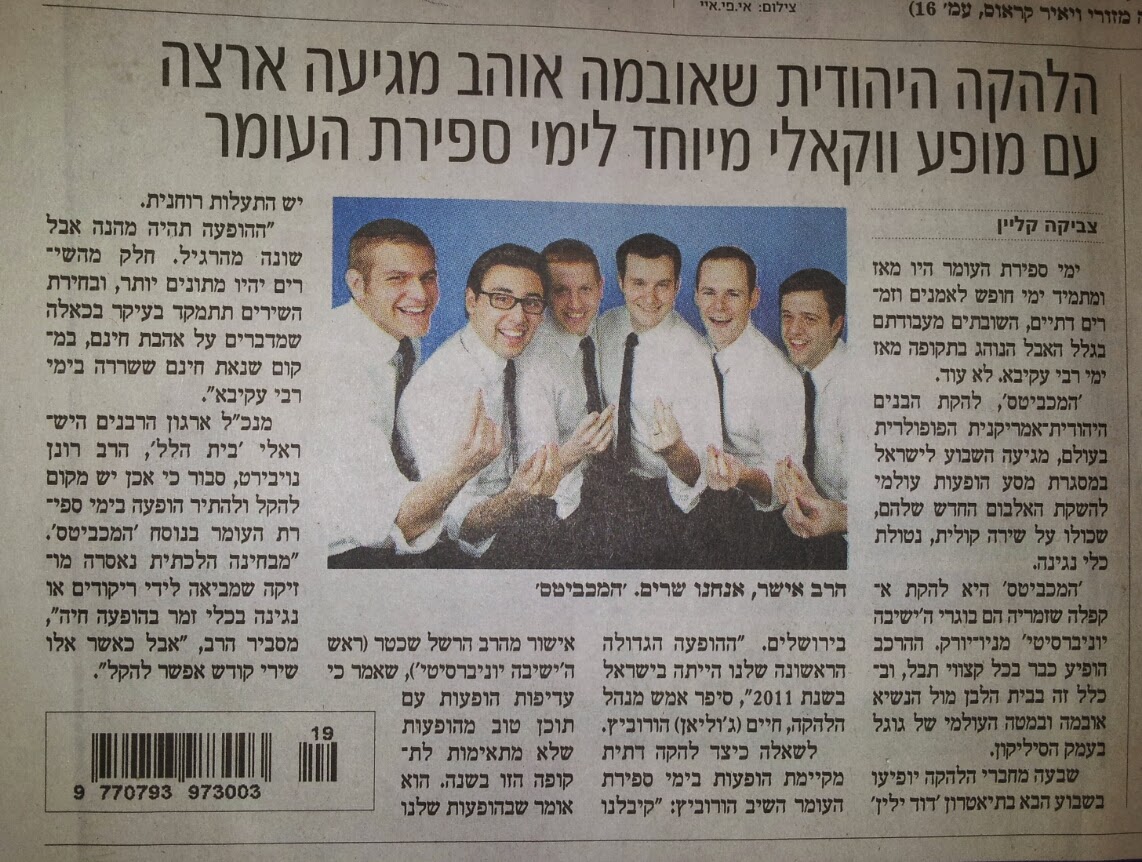 The headline: "The Jewish Group that Obama Likes Arrives in Israel With a Special Vocal Show for the Days of Sefirat Ha'omer"

OK - the Maccabeats are coming. I'm not entirely sure why Israelis would care (or even think) that U.S. President Obama likes the Maccabeats (from the YouTube video it's pretty clear that he wasn't in the room when they performed, but whatever...)
Yet, a quite curious quote appeared towards the end of the piece.


To the question of how a religious musical group can perform during Sefirat Ha'omer [Maccabeats Manager Chaim (Julian)] Horowitz answered, 'We received permission from Rav Hershel Schachter (Rosh Yeshiva of Yeshiva University) who said that shows with positive content are better than shows that are not appropriate for this time of year. He said that from our shows there's a spiritual elevation.' Really? Not only did Rav Schachter (recently announced winner of the Katz Prize for applying halachah to modern life) permit the Maccabeats to perform in Israel during the Sefirah - he also endorsed the group! Moreover, Mekor Rishon's sister paper - Ma'ariv - has publicized the Heter under the title: איך מופיעים בספירת העומר, אם אסור להשמיע מוזיקה? - "How Can They Perform During Sefirah if it's Forbidden to Listen to Music?" There Rav Schachter's heter receives prominent placement - basically the same article, but with an entirely different emphasis on the halachic leniency.

I found the psak troubling for a number of reasons.
From a logical perspective, who says that people have to go to any performance during sefirah? Why is the choice between going to the Maccabeats and going to hear Madonna? What if it was between going to hear the Maccabeats and not going? Secondly, why would Rav Schachter issue a psak allowing the Maccabeats to perform in Israel? Shouldn't he tell them to ask someone in Israel? Rabbis in Israel would indeed be correct - and I know that some did in fact raise an eyebrow at this article - to wonder why Rav Schachter would issue such a psak.

It turns out that the psak really is questionable for a very simple reason: Rav Schachter never gave it.
When I reached out to Rav Schachter's son with my questions, he answered me as follows (shared with permission):

I spoke with my father about your email...He said he does not recall any sort of shailah or conversation with the Maccabeats at all. He agreed with your concerns, and felt that if in fact the crowd they are trying to attract, are the types that would otherwise doing things that were less in the spirit of sefira, then they should certainly be encouraged to go here. But this is not something he would suggest, for people who otherwise would not be involved in sefira appropriate activity.
Moreover, my father said he has always been careful not to issue psakim for Eretz Yisrael, the same way that he doesn't like when Eretz Yisrael rabbanim issue psakim that are relevant to America. He said that makes this conversation with the Maccabeats even more hard to believe, as he in the past has almost never issued rulings that impact the society in Eretz Yisrael.

What We Believe: It's Time to Start Talking about God Again - A Thought for Behar 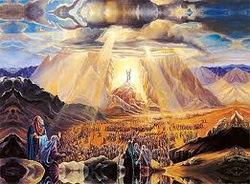 Speaking with a rabbinic friend of mine, he mentioned a well-shared article called "The Rise of Social Orthodoxy", which describes leading an Orthodox lifestyle including keeping kosher, donning tefillin daily, keeping Shabbat - all without the inner belief that should be motivating such a lifestyle. Jay Lefkowitz writes,


And so for me, and I imagine for many others like me, the key to Jewish living is not our religious beliefs but our commitment to a set of practices and values that foster community and continuity.

I said that I thought that the article reflected an extreme. After all, most members of Orthodox communities adhere to Orthodox beliefs, I argued.
My friend begged to differ. Many, he said, if not most members of "Modern Orthodoxy" are exactly like that.
"You mean they don't believe in Torah MiSinai? They don't believe in God?"
He seemed to think that they do not. When I insisted that the vast majority of the people that I knew did adhere to these beliefs, he suggested that I'm naive.
There's no doubt that belief in God, and especially the belief in the divine nature of the Torah, has been under attack by Western Culture for many years. I'm so accustomed to it that I tune it out. To what degree the denigrating comments in the media and the sarcastic attitude towards belief in God affects us is an open question.
But if the issue of fundamental belief truly is in danger, then it's time to start talking about it again. As a rabbis (and writer), I've spoken about so many ancillary topics: Torah study, prayer, Israel...the list goes on and on. But when's the last time you were in talk and the rabbi talked about God - and actually mentioned God Himself?

In one of his most famous comments, Rashi quotes the famous question of the Midrash: מה עניין שמיטה אצל הר סיני - "What's the connection between Shemittah and Mount Sinai?" Actually, Rashi's question revolves around the text. The Torah introduces the commandment of Shemittah (to leave the field fallow during the Sabbatical year) unusually: וידבר ה' אל משה בהר סיני לאמר - "And God spoke to Moses on Mount Sinai saying." Throughout most of the Torah, we find the usual introduction: וידבר ה' אל משה לאמר - "And God spoke to Moses saying." Here, the verse emphasizes that this commandment was issued on Sinai. What unique aspect of Shemittah can explain this unusual emphasis?
Interestingly, Rashi explains that it's not about Shemittah at all. Rather, it's about everything else.

It's not just Shemittah. The entire Torah was given at Sinai. All the details of the Oral Torah, and the means to extrapolate those rules to our modern lives, were given by God to Moses at Sinai.
This is a core belief of Judaism - fundamental to the way we live our lives. When we don our tefillin in the morning, sure there's a sense of camaraderie and we're ensuring the future of the Jewish people. But that's not why we put on Tefillin. The Shulchan Aruch writes:

יכוין בהנחתם שצונו הקב"ה להניח ארבע פרשיות אלו שיש בהם יחוד שמו ויציאת מצרים על הזרוע כנגד הלב ועל הראש כנגד המוח כדי שנזכור נסים ונפלאות שעשה עמנו שהם מורים על יחודו ואשר לו הכח והממשלה בעליונים ובתחתונים לעשות בהם כרצונו וישתעבד להקב"ה הנשמה שהיא במוח וגם הלב שהוא עיקר התאוות והמחשבות ובזה יזכור הבורא וימעיט הנאותיו
He should concentrate when he dons [the Tefillin on the fact] that the Holy One blessed is He commanded us to don these four sections [of the Torah], for in them is the unification of His name and the Exodus from Egypt. [And we should place them] on the arm corresponding to the heart and on the head corresponding to the brain so that we remember the miracles and wonder that He did with us, for these teach us about His Oneness, and that He has the power and dominion above and below to do as He wishes. And he should subjugate his soul to the Holy One - which is in the brain and the heart, where the essential thoughts and desires are found, and in this way he will remember the Creator and minimize his desires.

That is why we wear Tefillin.
That is what we believe.
Posted by Reuven Spolter at 11:56 AM No comments: