What's the real reason why Yitro didn't want to stay - if he was in fact Yitro? Would we have remained with Moshe, given the same circumstances?

Did you know that this shiur is available as a free podcast on iTunes? Click here to subscribe - and leave a comment and rating so more people will find the shiur! Thanks!
Posted by Reuven Spolter at 3:35 PM No comments:

Thought for Naso: Aggression in the Interest of Peace 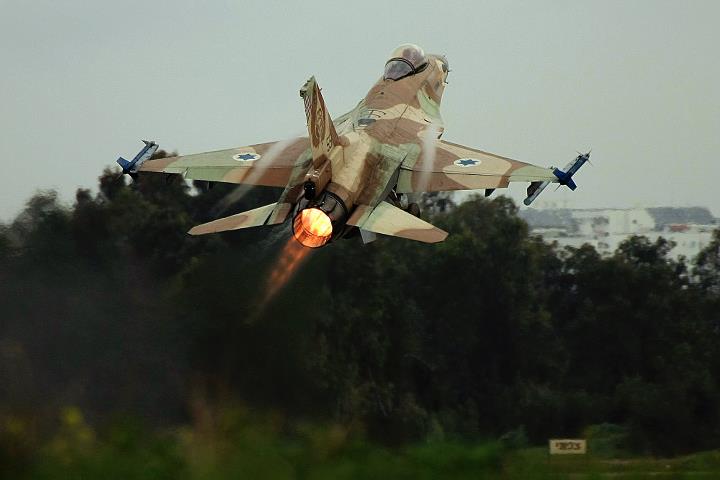 Exactly thirty-five years ago this week, the United Nations Security Council unanimously voted to “strongly condemn” the State of Israel for an action it had taken, “which could at any time explode the situation in the area, with grave consequences for the vital interests of all States.” and represented "a clear violation of the Charter of the United Nations and the norms of international conduct.” Jeanne Kirkpatrick, the United States Ambassador to the UN at the time agreed, noting that the “means chosen by Israel hurt the peace and security of the area.” What action did Israel take in 1981 that prompted such strong universal condemnation? Israel bombed the Osirak nuclear reactor in Iraq, preventing dictator Saddam Hussein from acquiring nuclear weapons.

As the Kohanim are tasked with conveying the blessing of peace to the nation, a Kohen who was involved in causing a death – even accidentally – cannot participate in the Priestly Blessing. This rule is codified in the Code of Jewish Law (Orech Chaim 128:35): “A Kohein that killed a person, even accidentally, should not ‘lift up his hands’, even if he has subsequently repented.” In light of this ruling, an IDF soldier who was a Kohein once asked Rabbi Ovadia Yosef, the former Sephardic Chief Rabbi of Israel, the following question: Serving guard duty at an IDF post, he identified several Palestinian terrorists approaching to attack. He opened fire on the unit, killing several of them. He asked the rabbi whether his action would now prevent him from reciting the Priestly Blessing in the future. Rabbi Yosef answered unequivocally: He was certainly permitted to duchen. Rabbi Yosef wrote, “Had the soldier hesitated for even a moment from opening fire, who knows how many Jewish lives could have been lost…and heaven forbid that he should violate the verse, ‘Do not stand idly by the blood of your brother…’ You merited eliminating [the terrorists] before [they could attack], and you should be blessed from above for the salvation that you have brought to Israel…” (see Mesos Teivel vol. 4 p. 26) According to Rabbi Yosef, eliminating deadly threats is not an act of war; it is an act of peace that prevents unnecessary death and protects innocent lives.

Is it difficult to imagine how different the world would be today had Israel not bombed Saddam’s reactors and Iraq had achieved nuclear weapons capability. Would a strongman who gassed thousands of his own citizens have hesitated for a moment to nuke Israel, his declared enemy? Would the United States have even considered the possibility of toppling Saddam in 1991, after he casually conquered Kuwait and threatened the stability of the Middle East? With the hindsight of history, we now recognize that Israel’s attack, rather than threatening peace and stability, enhanced and increased regional and global stability in incalculable ways. During the debate in the Security Council, Yehuda Blum, Israel’s representative to the UN said that, “the raid against the Iraqi atomic reactor Osirak had been an act of self-preservation with which Israel had exercised its right of self-defense...In order to avert greater pain to the civilian population in Baghdad, the Israeli government had decided to strike the nuclear facility before it could become an immediate and great menace to Israel.”

Today, thirty-five years later, no one harbors the illusion that the United Nations will retract its condemnation and commend Israel for its forward-looking “act of peace”. But honest students of history readily recognize the wisdom of Israel’s leaders at the time, and the peace and stability that their decisions, which prevented a madman from gaining access to the most terrible weapons humanity has ever known, brought to the world.
Posted by Reuven Spolter at 5:51 PM No comments:

Email ThisBlogThis!Share to TwitterShare to FacebookShare to Pinterest
Labels: Naso

We begin with the claim that some women make that having male judges in the room when a female convert dunks in the mikvah is inappropriate, because it makes her uncomfortable. Then we turn to Sotah, and study some of the details of the process, which all agreed, are far, far worse.

Did you know that this shiur is available as a free podcast on iTunes? Click here to subscribe - and leave a comment and rating so more people will find the shiur! Thanks!
Posted by Reuven Spolter at 3:11 PM No comments:

The counting of the nation emphasizes the importance of demonstrating one's yichus before he could be counted in his tribe or as a full member of klal yisrael. This emphasis on yichus seems to directly contradict a core value of Western liberal society, that judges people on who they are and how they act, and not on their birth. Can we bridge the two value systems? It's not as easy as it seems.

Did you know that this shiur is available as a free podcast on iTunes? Click here to subscribe - and leave a comment and rating so more people will find the shiur! Thanks!
Posted by Reuven Spolter at 10:29 PM No comments: