Competition in Education Part 1: The New Program at Hesder Yeshivot 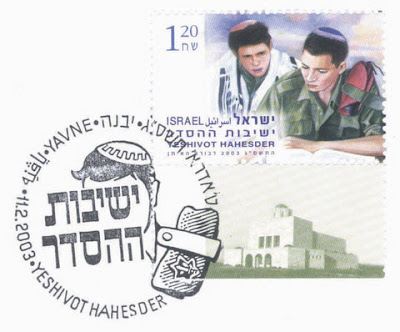 Last month, the newspapers in Israel took note of a seemingly minor decision made by the heads of the Hesder yeshivot in Israel, to open a new four-year program that will now be available to Hesder students. Seems reasonable, and not really that big a deal. But the decision reflects a troubling trend in Jewish education that does not bode well for our children.
Regular soldiers serve three years mandatory service in the IDF. Hesder is the term for a type of yeshiva that allows Israeli men to combine Torah study with their military service. Hesder typically lasts five years, comprised to two years of Torah study, followed by two years of army service and then another year of learning. Mechinah (or mechinot) are preparatory schools, but most often refer to one year academies that many students attend to emotionally and spiritually prepare themselves for army service. Following the year in mechinah, men serve a regular army stint of three years.

While I would like to believe that Hesder yeshivot have decided to offer a shorter program to serve, as Rav Druckman said, the "many young men who do not have what it takes to be scholars, but who still want a very religious framework," the cynic in me sees things quite differently. Oh yes, in the Hebrew press (see page six on that link if you want to read the article) things sound just a little different.

What could be bad about more students learning in yeshivot? Sounds like a great thing, right? Let's read on.

So, to read between the lines, there are now fifty - and there will soon be sixty Hesder yeshivot dotting the landscape of Israel, in almost every city and town you can imagine. On one hand, it's great. But from a different perspective, it's not so great.
If you're graduating yeshiva high school and deciding what to do next, you would generally decide whether you wanted to spend three years in the army, four years in mechina + army, or five years in Hesder. It would seem to make sense that the more serious you are about your spirituality and your learning, the longer you'd be willing to commit towards Torah study. (Let's also not forget that for truly serious budding scholars, there's a program called Hesder Mercaz, where young men who study for up to ten years then serve about six months in the army.) So we're not dealing with the normal "future Roshei Yeshiva" of the world. Just frum, devoted high school graduates.
If you used to be the kind of student who really didn't think that Hesder was for you - you either didn't want to put in five years or couldn't learn for three full years - you went to a mechinah. But now you have another option. While you're still spending the full four years, now you don't have to do a full army stint, as you can spend two of those years learning. Don't get me wrong, but the option of trading a full year of army service for yeshiva seems enticing indeed.
And it's not just me saying it. The Jerusalem Post article says that,

Rabbi Shlomo Rosenfeld, head of the Shadmot Mechola Yeshiva in the Jordan Valley, said he was still debating whether to offer the four-year option. "There is the danger that guys with intellectual potential will choose an easier path. That would be a shame," he said. Rosenfeld said that over the years, as the number of hesder students has grown, there has been a larger proportion unable to sit and study for long periods. "There are a lot of good guys who are God-fearing and want to be in a religious environment, but who find the curriculum too demanding," he said."These guys will spend a little less time in the study hall and a little more time in the army." However, sources close to the Pre-military Yeshiva Academies, which combine a one-year preparatory course of Torah studies - that is sometimes expanded to two years - with a full three years of military service, voiced concern that the new four-year program might attract students who would otherwise have gone to the Pre-military academies. One source close to the academies said in response, "This new option will breed mediocrity. The guys won't learn properly and they also won't do full army service properly. I don't see the justification for shortening a religious guy's army service if he is not learning Torah seriously."

And there's the rub. How will this new influx of students affect the current atmosphere in the Beit Midrash of the normative Hesder yeshivot? Will the traditional Hesder student continue to spend five years in the yeshiva, when his classmates are finishing after four? After all, let's not forget that these young men put their lives on hold for yeshiva and army. They want to get married, get degrees, and get on with their lives? In five years and ten years, what percentage of the Hesder students will be studying the full five years?
This is just a single example of the watering down of education due to competition. More yeshivot open, causing each to clamor for students. New programs (mechinot) prove a threat to the old way of doing things. Ultimately, what suffers in the long run could very well be the quality of education across the board.
And then no one wins. Certainly not the Jewish people.
Posted by Reuven Spolter at 12:46 PM