For This! More Thoughts on the Hagadah

We published this short piece in the Orot Newsletter mailed to alumni and friends. 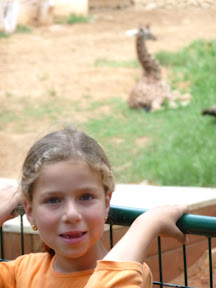 My seven-year-old daughter asked me recently if she could read to me as part of a school assignment to practice her reading skills.
"Sure," I told her, as we sat down to read the story of "Kippi and the Bike Race", an old Sesame Street book. As she read to me with wonderful articulation, comprehension and emphasis, I felt a sense of pride both in her growth and accomplishment.
I can imagine what you're thinking: Sesame Street? For a seven-year-old? What's the big deal? I felt so proud because she was reading the book, fluently, in Hebrew.
When addressing the שאינו יודע לשאול, we explain to him that the reason we celebrate on the night of Pesach is because,

בַּעֲבוּר זֶה, עָשָׂה ה' לִי, בְּצֵאתִי, מִמִּצְרָיִם
"It is because of this" that Hashem did to me when I left Egypt.

What is the זה that the Torah refers to? What do we celebrate? Rashi explains that the זה refers to the mitzvot that we perform on Seder night:

Yet, the Hagadah omits one of the mitzvot Rashi mentions:

יכול מבעוד יום? תלמוד לומר "בעבור זה." בעבור זה לא אמרתי אלא בשעה שיש מצה ומרור מונחים לפניך.
I might have thought that [we tell the story of Pesach] during the day. The verse comes to teach you, "because of this" – we only say "it is because of this" at a time when the matzah and maror sit before you.

What happened to the Korban Pesach? Rav Menachem Kasher in his introduction to the Hagadah Sheleimah (p. 124) notes that the Mechilta of Rabbi Shimon bar Yochai does mention the Korban Pesach:

בעבור זה עשה ה' לי בצאתי ממצרים – כל זמן שגופו של פסח קיים
"For this Hashem did to me when I left Egypt – during the entire time that the sacrifice remains."

What's the difference if the Midrash mentions the Korban Pesach or just matzah and maror? This subtle difference holds the key to unlocking the power of בעבור זה. Jews ate matzah and maror during every era in every location. Whether in Israel in the second century or Prague in the 17th, we ate matzah and maror. But we only eat the Korban Pesach in Eretz Yisrael, and only when we have the Beit Hamikdash, and our presence in the Mikdash signified a substantial Jewish presence in Israel, and a national Jewish identity.
The section in the Torah in which we find the בעבור זה begins as follows:

Why did Hashem take us out of Egypt? He redeemed us to bring us to the Land of Israel, where we could build a Jewish nation to proclaim His glory to the nations of the world. When we fulfill our mission, we also merit the benefits that the befit the Jewish nation – life in our own country, our own language, government, army – and a Beit Hamikdash to properly worship God.
No, we're not there yet. The Jewish nation has a long way to go to achieve its mission, and barring some incredible miracle, I will not partake of the Korban Pesach this year.
But listening to my daughter read "Kippi and the Bicycle Race" in Hebrew I couldn't help but think, "We're off to a pretty good start."