Thank God that the Jerusalem Post finally concluded its long-awaited conference last week. (Truthfuly, the paper crossed the line between "news" and "self-promotion" ages ago, and self-congratulatory editorial doesn't help matter.) No, I didn't go, and truth be told, it doesn't really seem like anything especially interesting happened at the NY Marriott Marquis. Why then am I happy that the conference is over? Because the paper's site has been bombarding viewers with crazy ads for months, framing the entire page with distracting banners, popups, and animations making the site almost impossible to read. Just as an experiment, I took a snapshot of the JPost homepage this morning, and blocked out the ads. How much space is left for actual content? See for yourself: 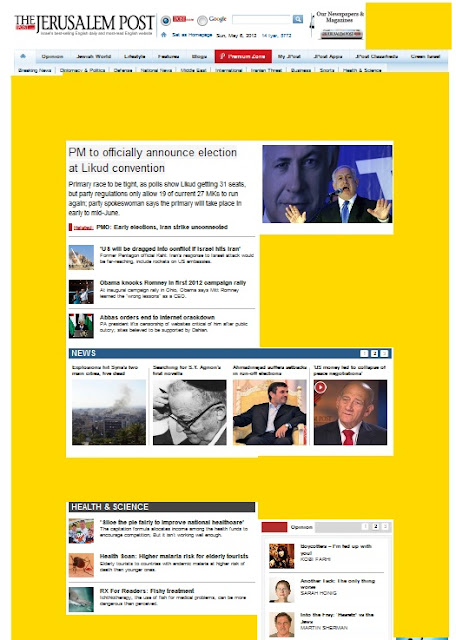 Not so much. For comparison, I did the same for a new Israel news website called the Times of Israel, which thusfar seems to have some quite compelling content. This is what I found: 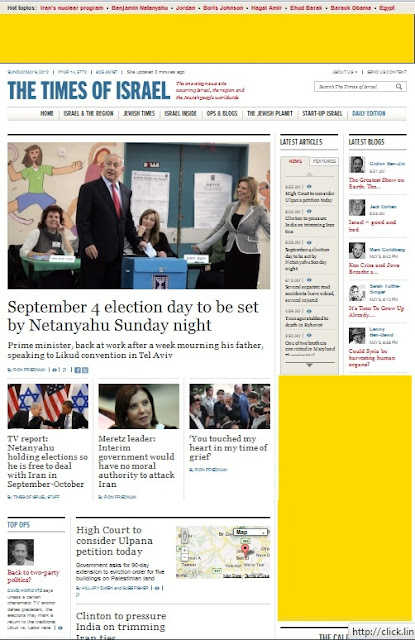 Just for comparisons, what about the Old Grey Lady, the NY Times herself? How many ads does she run? Here you go: 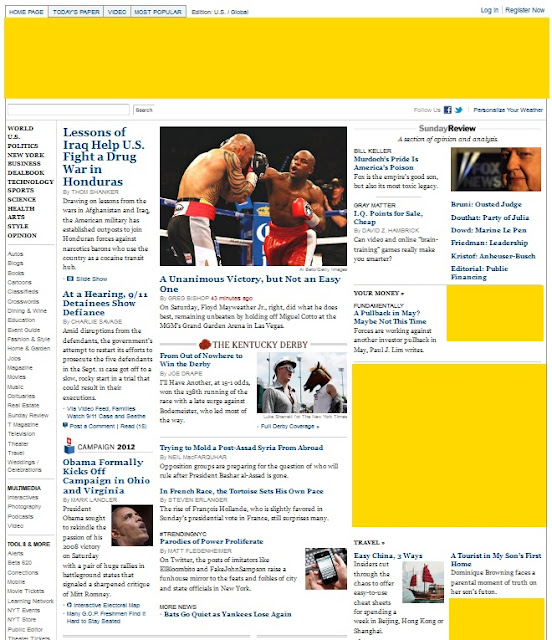 Not nearly as much as the Jerusalem Post - not by a longshot. (Makes you wonder why the Jewish sites don't go wider like the Times.)
Now, I certainly don't begrudge JPost the need for revenue. They're in business for a reason. Yet, one gets the sense that Jpost needs to squeeze as much revenue as possible to support a bloated and expensive print operation, which is undoubtedly dwindling due to the proliferation of digital media. Yet, legacy print publications are learning, perhaps the hard way, that there's a limit to the number of ads a reader will suffer through. Eventually, a leaners, more economically viable competitor will emerge (See Huffington Post, and now the Times of Israel) which probably pays writers very little (if anything at all), and organizes the information in a far more readible, accessible fashion.
Personally, I've got nothing against Jpost. I can't say that I buy their paper every Friday, but I have been a pretty loyal web surfer, until now. It's just getting too hard to find the news amid all the clutter.
Posted by Reuven Spolter at 5:30 PM

Email ThisBlogThis!Share to TwitterShare to FacebookShare to Pinterest
Labels: Media