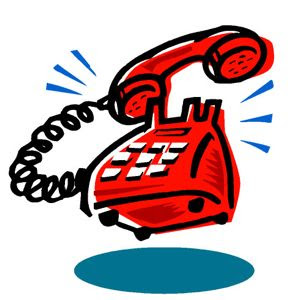 My phone rang this afternoon, and a wonderful gentleman was kind enough to tell me about the amazing salvation that he received when he turned last year to Rabbi Abuchatzera (the great mekubal). If I wanted his prayers on Lag B'omer to save me too, all I needed to do was...press 1.
I pressed 1.
A moment later, a lovely young woman told me my options.
It seems that the Rav Abuchatzera is having a hachnasat Sefer Torah on Lag B'omer, and wants me to dedicate a page of the Torah.
How much? Well, for just 360 shekel a month for 12 months (they never tell you the full sum, just how much it will cost), I can dedicate an Amud of the Torah, and the names that I submit will enter into the Rav's special list for whom he'll say Kabbalistic prayers during a special Tikkun. But that's not all.
I will also receive a special kamea (amulet). She didn't specify what the amulet was for.
But wait, there's more.
I would also get a special flask of olive oil that was (her words), "Found from the era of the holy Ar"i." Wait, really?
"Yes, she said. There's a tradition from 'back then' that this oil was kindled and remained lit from the time of the Ar"i.
But how can they have that much oil, I wondered? After all, they couldn't have found that much? I hope this isn't oil that they bought in the supermarket. (Yes, I said that.)
No, she explained. I just get a flask of shirayim (leftovers). And, the Kabbalists blessed the oil and sanctified it.
"Really? They made kiddush over the oil? I thought you only make kiddush over wine?"
She explained: "I don't really understand Kaballah, but the rabbis prayed that this oil should help the people who use it." Now I understood.
What if a whole amud is too much for me? Can I buy a verse?
Sure you can, she said. That will cost 148 shekel. (times 12 months). But then you get the amulet, but you don't get the oil. They don't have very much of the oil.
Any other options?
You can dedicate four words of the Torah, and that's 74 shekel (times 12). You get the amulet too.
Really? That much? Almost 1,000 shekel for four words?
Look, she told me. This isn't just any Torah. It's a special Torah in which all of Klal Yisrael is taking part. That's a great merit.
She was pretty convincing. After all, who doesn't need salvation? I sure do. But then my wife called, and I had to hang up.
Then I remembered an article published last year listing the ten richest rabbis in Israel. It seems that three of them have the last name "Abuchatzera." It's amazing that they're the ones who found the holy oil. How fortunate.
Posted by Reuven Spolter at 7:30 PM