Shabbat "Aliyah" in Antwerp 1 - The Airport 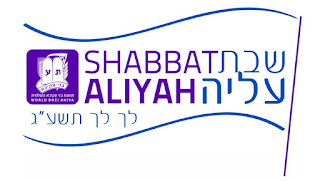 I was sent to Antwerp, Belgium this Shabbat, representing the Jewish Agency for what they called Shabbat Aliyah. Apparently, they send representatives out to communities around the world on Shabbat Lech Lecha (seems to be an appropriate parshah) to try and encourage aliyah and a connection to Israel. (I'm not sure that they did such a great job advertising the program. Just google "shabbat aliyah bnei akiva")
I wonder how much a person can do in a single Shabbat. Probably not much. But if you’re part of a larger effort; if you’re one gear in a much larger machine – then every little bit really does help.
I still find myself impressed that the State of Israel sent me to another country to encourage Jews to connect to the country. There’s no other country in the world that actively seeks out people to come emigrate; no country in the world that cares enough for its people – and Jews are Israel’s people – that it spends fantastic sums to try and encourage its people to return home.

At the airport, I a “chutz-la’aretz” experience which I shared with the students who I spoke with over the weekend. As soon as I got into the security line in Ben Gurion, I found myself standing next to a group of travelers – probably about fifteen or twenty men and women (and a few teens), mostly between the ages of forty and sixty. Yet, the group was striking for their sheer size. They were all quite tall; the men must have all been six-three or above; the women were all at least as tall as me. They were imposing, just standing there, in the line next to mine, at the Ben Gurion Airport security line. Listening for a few moments, it became clear that they were speaking German, and a thought flash of recognition – or maybe identification in some small way – raced through my mind.
It was a long wait on line. And as we stood there, we began to chat, as people on line often do. They were indeed German, and wonderful people, on their way home from a week-long vacation. It just so happened that there was a frum woman standing behind me with a baby in a stroller, and after she asked me about my upcoming trip, she turned to the woman behind me, assuming that we were travelling together and assumed, aloud, that she too would be traveling with me.
“Oh no,” she said, “we’re not from the same family.” But then she added, in a slightly lower tone that I clearly heard but doubt the woman from Germany caught, “At least not in directly. But we are in the larger sense.”
Hearing her comment, I turned to and wondered, “Were you thinking what I was thinking?”
She didn’t miss a beat. “Exactly the same thing.”
Posted by Reuven Spolter at 10:00 AM