The True Cause of Antisemitism

Gilad Field shared this on his Facebook page. It's worth reading, sharing and internalizing. 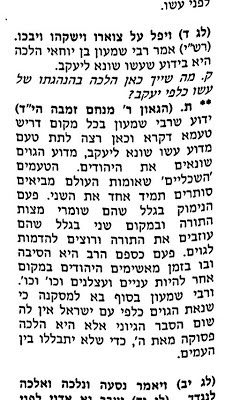 On the verse: "An [Esav] fell on [Yaakov's] neck and he kissed him and he cried, Rashi quoted the Midrash: Said Rabbi Shimon bar Yochai: It is a halachah (a ruling): It is known that Eisav hates Yaakov.
Hagaon R' Menachem Ziemba (who was killed in the Holocaust - for a bio of Rav Ziemba, see here - thanks Rabbi Uri Cohen!) explained:
It is well known that Rabbi Shimon consistently attemted to derive the underlying explanation for the verses, and her wished to give a reason why Eisav hated Yaakov, and more broadly, why do the nations of the world hate the Jews. The "intellectual" reasons that the nations always give always contradict each other. In one instance the explanation is because [the Jews] follow the commandments, and another time its because they abandon the Torah and try to emulate the nations. In one instance their great wealth is the reason, and at the same time they accuse the Jews of being poor and lazy, etc, etz.
In the end, Rabbi Shimon arrives at the conclusion that the hatred of the nations for the Jewish people has no rational explanation. Rather, it's a halachah - a stated ruling, issued by God, so that we do not assimilate among the nations.
Posted by Reuven Spolter at 11:27 AM