Would You Want to Work for Steve Jobs? 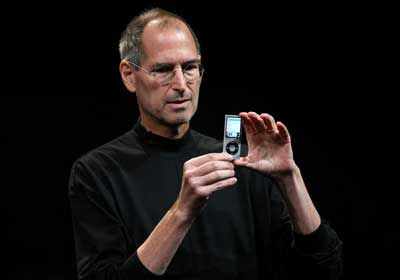 With the media circus surrounding the recent retirement of Steve Jobs, and the plethora of eulogies-while-still-alive comparing him to the likes of Thomas Edison and Henry Ford (not a comparison I'd personally like), I've found myself wondering: would I want to work for Steve Jobs?
At face value, the answer is, "Of course. Who wouldn't want to work at Apple, which sits at the top of the technology sector, making money hand over fist? It's a prestigious place to work, seems pretty cool. Why wouldn't I want to work for him?"
You might not want to work for him because, while you do end up making really cool, really excellent products, the work environment might not be that pleasant.
Journalists have been falling all over themselves extolling the greatness that is (or was) Jobs. He truly did have a hand in creating new products, and product categories that have defined modern technological life in the 21st century. People are now writing silly articles about how you should run your company like Steve Jobs. But you can't run your company like he did. He ran his company the way he did for one reason, and one reason only: He knew that he was the smartest person in the room, and he made sure that you knew it too. He made all the important decisions, and had a hand in every detail. He knew that he could do it better than anyone else, and he was right. Essentially, he built the behemoth that is Apple by bullying people. In fact, in 2009 he made Forbes' Bully Bosses Hall of Fame (he's number 4). The piece says that,


Apple CEO Steve Jobs is known for his obsessive attention to detail and iron-fisted management style. He is often accused of making his subordinates cry and firing employees arbitrarily. But Jobs' subordinates remain loyal. Several deputies--even those who have left the company--say they've never done better work. As one Apple employee told journalist John Martellaro, "His autocracy is balanced by his famous charisma--he can make the task of designing a power supply feel like a mission from God.

Really? A (current) Apple employee saying something good about Steve Jobs? I'm shocked. Even journalists shied away from crossing him for fear of being blacklisted by Apple and losing all-important access.
I don't know if people really loved working for Jobs, but they definitely would want the money and prestige that came with working for a winner. So they were willing to put up with a boss that might scream at you, make you cry, and fire you arbitrarily to enjoy the benefits of working for Apple.
But I wouldn't try this in your business for a few reasons:
Have you ever worked in that type of environment? Is it really a recipe for success that can be duplicated (even at Apple)?
I have my doubts.
Posted by Reuven Spolter at 5:39 PM